The game will be available via live stats and live video.

Junior Madeline Anderson scored the weekend’s only goal, heading in a corner kick from senior Noriana Radwan in the sixth minute.

The Seawolves are 2-5 after dropping their last four and being held off the scoreboard in their last three. Their two wins came against Iona College and UMass.

Freshman Rachel Florenz leads the team in scoring with three goals and has been named the America East rookie of the week twice this season. Julie Johnstonbaugh is second on the team with a goal and an assist. In goal, Sofia Manner has played six of the team’s seven games, making 26 saves and posting a .743 save percentage and 1.50 goals-against average.

Hofstra and Stony Brook have met 12 times, but only twice in the past decade. The Pride holds a 9-3 advantage, including winning the past seven meetings. The teams last squared off in 2015, when Hofstra recorded a 2-1 win, with Madeline Anderson finding the back of the net and Jenn Buoncore picking up an assist.

Conference play begins for Hofstra on Sept. 21 when the Pride heads to Delaware for a 7 p.m. game. 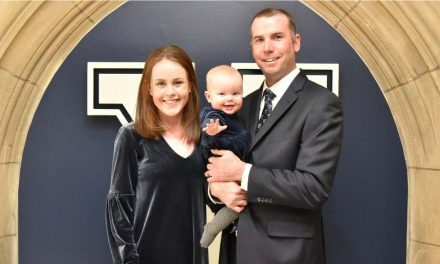