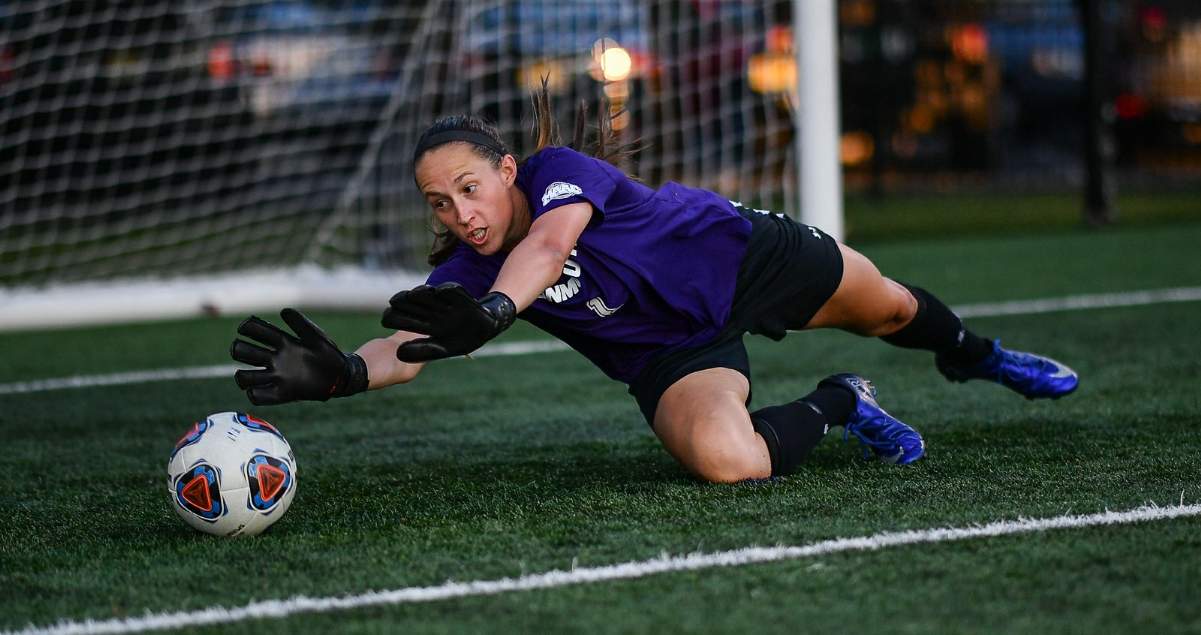 Amanda Knaub already has four shutouts for Monmouth this season. (Photo courtesy of the Monmouth SID)

Knaub registered two shutouts and surrendered one goal in the Hawks’ 2-0-1 week.

Monmouth defeated Seton Hall University, 1-0, and Drexel University, 2-1, before playing Hofstra University to a scoreless draw on the road. Knaub made five saves in the win over Seton Hall and equaled her then-career high with seven stops against the Dragons. She followed that effort up with an eight-save performance to set a career standard as she recorded her fourth shutout of the year and the 13th of her career as Monmouth closed non-league play on a four-game unbeaten streak.

The Hawks (3-2-2) begin the MAAC portion of their schedule when it travels to Niagara, N.Y. to play Niagara University Saturday at 11 a.m. The match will be broadcast live on purpleeagles.com/watch.