The Red Storm lost to Loyola Maryland, favored to win the Patriot League, 1-0, on Aug. 28.

The Rams (1-1-1) scored in the 68th minute as Janos Loebe buried a feed from Matthew Lewis after a Red Storm (1-2-0) defensive error gave the reigning A-10 offensive player of the year an open look in front.

St. John’s host Hofstra University at Belson Stadium Tuesday at 7:30 p.m. The game will be broadcast live on ESPN3 and the Watch ESPN app. 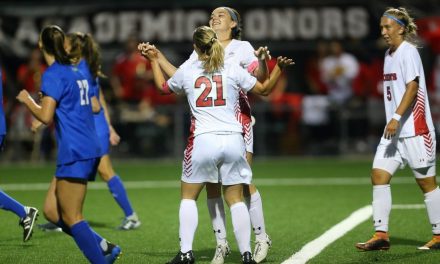