The hosts converted a penalty kick in the 49th minute for the lone score of the non-league match.

The Hawks fell to 1-1 after defeating Georgia Southern in its season opener Friday.

“We would like to thank coach [Ralph] Lundy and his staff,” Monmouth head coach Robert McCourt said. “We’ve had a wonderful experience at this tournament in Charleston. Tonight, we were disappointed in not getting at least a tie if not a win, but credit to College of Charleston. We feel like we’ve learned a lot about ourselves on the trip and can certainly build momentum from this experience.”

Sophomore Geoff Schaefer made his seventh career start and played all 90 minutes.

Midfielders John Antunes and Jake Areman were named to the all-tournament team.

Sophomore Andy Martinez made his 2017 debut and played the full 90 minutes.

The Hawks earned 10 corner kicks, while allowing the Cougars to take just one.

The Hawks will host the University of Pennsylvania at Hesse Field on the Great Lawn Friday at 7 p.m. 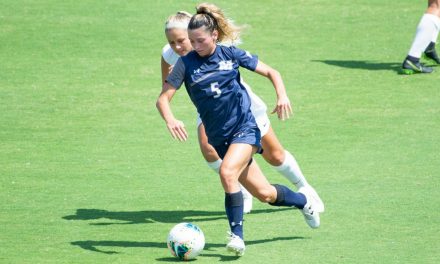