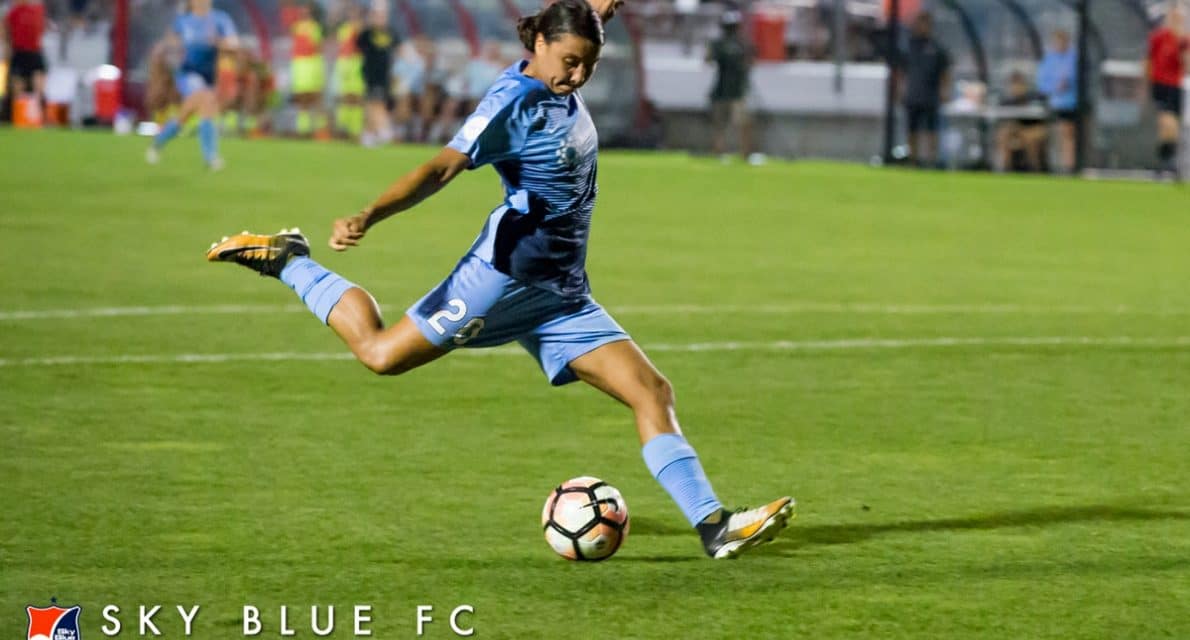 PISCATAWAY, N.J. — Sorry, folks if you were expecting another astonishing four-goal game from the great Sam Kerr Saturday night, you would be disappointed.

She scored one for Sky Blue FC, which was enough for the 22-year-old Australian international striker at Yurcak Field.

Kerr struck in the fifth minute to lift the Jersey side to a 1-0 victory over the Boston Breakers in the National Women’s Soccer League match before 2,244. It also was her record-tying 16th goal of the season.

Guess who! After receiving a beautiful ball from Nikki Stanton, Samantha Kerr slams the door on her 16th goal of the season, tying the all-time NWSL record.

Kerr performed her magic in the fifth minute as he latched onto a long pass from the back. As Breakers goalkeeper Abby Smith ventured 40 yards out of the goal into midfielder to try to clear the ball. However, she missed as Kerr and the ball slipped by her. With two defenders flanking her, Kerr raced into the penalty area, depositing the ball into an empty net.

She kept the visitors off the scoresheet in the 87th minute. Brooke Elby played Midge Purce on the right side of the box as Purce pulled back the feed before chipping a left-footed try that Sheridan punched away with a diving stop.

“It has been incredible to watch this team grow,” Sheridan said. “Everybody has really been stepping up in their different roles, and it all came out in tonight’s performance. We deserved this win, and I am so happy to see us playing to our potential. We put in the work and brought it tonight. This was truly us.”

Woman of the Match: Kailen Sheridan 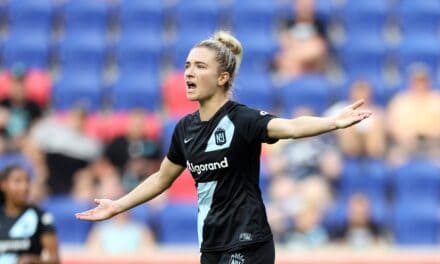 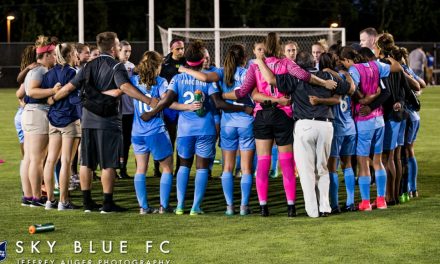