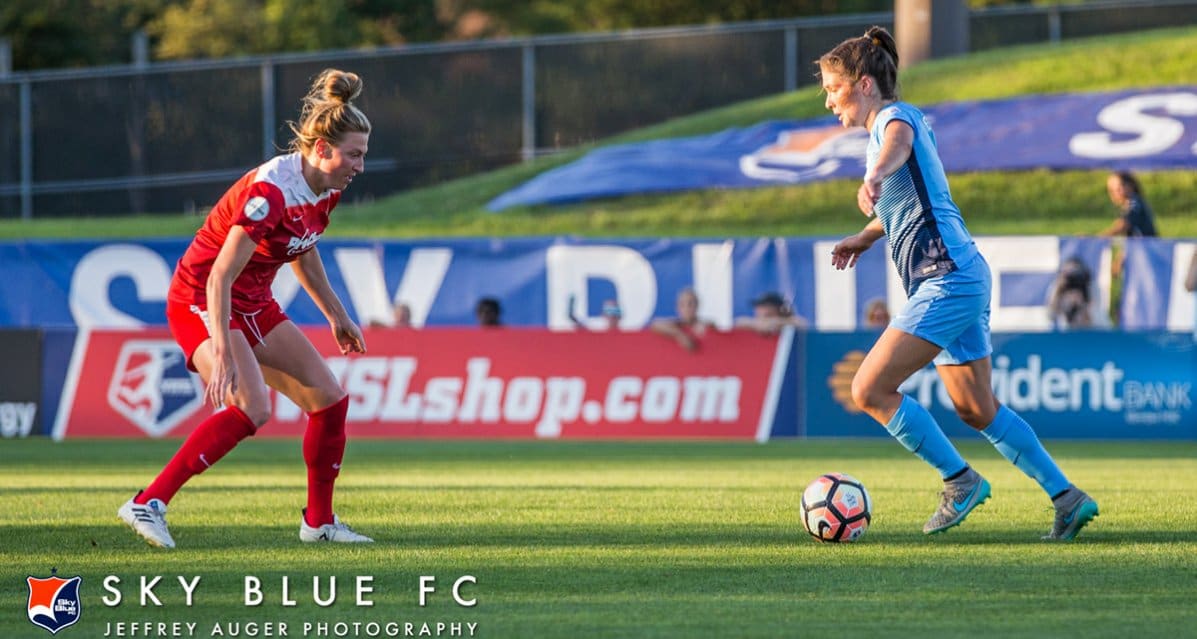 The less said, the better, about Sky Blue FC’s second half against the Spirit. (Jeffrey Auger Photo)

PISCATAWAY, N.J. — Sky Blue FC endured a miserable second half it would rather forget Friday night.

Despite leading a team with an inferior record, the New Jersey side surrendered four goals in the final 45 minutes en route to a disappointing 4-1 National Women’s Soccer League loss before 2,496 at Yurcak Stadium.

Sky Blue FC (7-8-2, 23 points) did not play with leading goal-scorer Sam Kerr, who had played for Australia in the Tournament of Nations in Carson, Calif. Thursday night. The Spirit (15 points) improved to 4-8-3.

“We are obviously very disappointed,” Sky Blue FC head coach Christy Holly said. “We opened this game well and created a lot of opportunities. Unfortunately, as the game progressed, we fell into a shell and made some bad decisions. We just have to learn and grow from this as we go forward in the season.”

Sky Blue FC wasted little time in opening its account tonight, scoring in the second minute. McKenzie Meehan split two defenders on the left flank before sending a ball across the goal mouth. Daphne Corboz stuck out her foot, redirecting the feed to the feet of Maya Hayes at the far post. Hayes struck the ball home for a 1-0 lead.

In the 28th minute, Sky Blue FC nearly stretched its lead to a pair of goals, as Meehan raced into the area before firing a hard shot that forced a point-blank save by Stephanie Labbe. However, Meehan collected the rebound before playing Taylor Lytle on the left flank. Lytle then sent a cross towards the back post, where Nikki Stanton headed a ball just wide of the target.

Washington leveled in the 51st minute. Arielle Ship collected in the midfield before racing down the right flank. As she entered the penalty area, Ship drove her right foot into a hard shot that hit the far-side netting for a 1-1 deadlock.

In the 61st minute, Washington took the lead as Ship raced past a defender before touching the ball beyond the reach of goalkeeper Kailen Sheridan. Flanking to her left was Cheyna Williams, who ran onto the near post and finished the loose ball to make it 2-1 Spirit.

Washington made it three in a row in the 73rd minute with Meggie Dougherty-Howard intercepting a goal kick in the midfield before playing to Ship. The duo then started a run towards goal. Ship fed the ball back to Dougherty-Howard as she arrived at the top of the penalty area. Splitting two defenders with her ensuing shot, she found the back of net for a 3-1 advantage.

In the 87th minute, the Spirit finished off its assault after Dougherty-Howard went down in the box for a Washington penalty kick. Havana Solaun converted.

“We weren’t happy with our performance in the first half, but we came out flying in the second half and rode that momentum through the rest of the game,” Spirit head coach and general manager Jim Gabarra said. “Getting this win on the road does a lot for our confidence and it’s a reward for how hard we’ve been training and playing the last couple of months.”

Next up for Sky Blue FC is a road match with the Orlando Pride next Saturday night. The team returns home to Yurcak Field on Saturday, Aug. 19, to host Seattle Reign FC for a 7 p.m. kickoff. 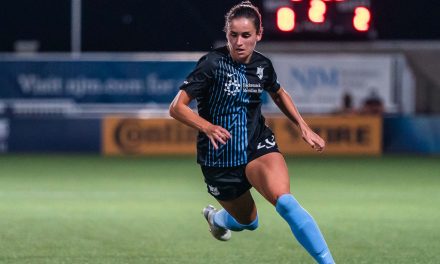 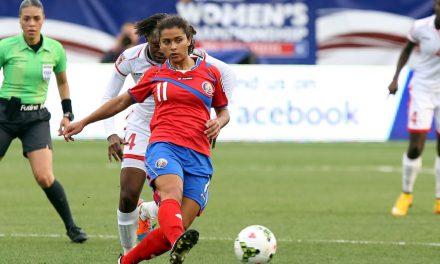 IN THE NICK OF TIME: Rodriguez’s stoppage-time PK lifts Costa Rica to comeback win over Mexico