The Rochester Lady Lancers gave up more goals than any team but the New York Magic in United Women’s Soccer this past season.

Yet, a goalkeeper’s effectiveness isn’t only measured by how many goals she allows, but how she performs.

Lady Lancers keeper Caitie Broderick is a perfect example. She proved to be one of the best goalkeepers in the league, despite her team surrendering 35 goals in 10 appearances (the Magic led UWS with 38).

Moreover, the Spencerport, N.Y. native led the league with 59 saves as she was awarded by earning a spot on the UWS East Conference team. Magic goalkeeper Sierra Bonham made 55 saves. Both teams finished with 1-9-0 records.

Broderick, who most recently starred for Monroe Community College in Rochester, N.Y. will attend North Carolina-Wilmington this season.

Rochester defender Dylan Patterson was named one of five conference players as the Iron Women of the year.

Iron women Of The year (most minutes played) 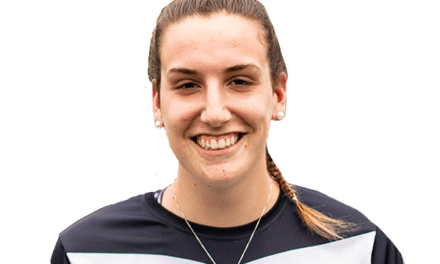 DERO AND SHEP!: Soccer is a Kick in the Grass celebrates its 27th anniversary with 2 special guests