THIS MIDFIELD HAS A CERTAIN RING TO IT: Finnish international gives NYCFC midfield a bite and a physical presence to its game 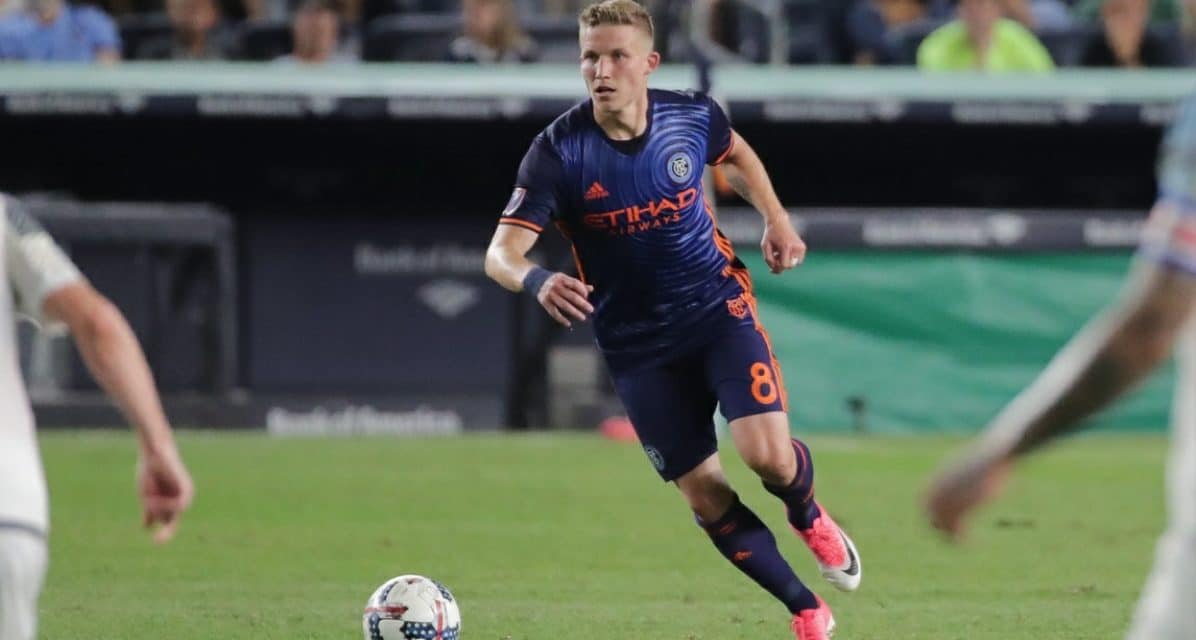 PURCHASE, N.Y. — Alex Ring was just what the doctor, or better yet, what the New York City FC coaching and scouting staff, had ordered.

For the first two years of the expansion team’s existence, trying to find a consistent, dominating presence in the defensive midfield spot was an ongoing and seemingly a unfulfilled quest.

Along with Venezuelan Under-20 standout Yangel Herrera, the Finnish international has transformed the midfield with his take-no-prisoners approach, a physical presence and has helped out the team in its transition game as a superior ball winner.

That has translated into a third-place standing in the Eastern Conference as City (10-6-3, 33 points) prepares for its Wednesday 7:30 p.m. home game against second-place Toronto FC (11-3-5, 38) at Yankee Stadium.

So far, so good for Ring, who admitted he has been “pretty satisfied” with his performance. He noted that he did not have much of a preseason and that only recently was he beginning to reach his top level.

“I don’t like talking too much about myself,” he said. “I try to leave it all out on the pitch and let you guys and other people decide.”

Other people have been impressed as well.

“He brings more bite in the midfield,” NYCFC head coach Patrick Vieira said earlier this season. “He brings his mobility and of course, he’s good on the ball. So we are really pleased that we have found players make us better as a team.”

At 5-8 and 159 lbs., Ring doesn’t look all that imposing. For a defensive mid, it is more important to have the heart of a bulldog.

“He plays without fear,” Finnish international midfielder Roman Eremenko told the Helsingin Sanomat in Finland when Ring joined the national team in 2011.

Now, Finland isn’t exactly known for producing world-class teams; in fact, it has never qualified for the World Cup. But the country has boasted several high-level players. Years ago, striker Jari Litmanen was a lethal striker for Ajax, Barcelona and Liverpool, among other teams.

Ring will never come close to filling the net like Litmanen did on a regular basis, but then again, that has been his job. His is to stop opposing teams from getting close to the City net and creating chances, a certain quality to the team it was desperately looking for.

Vieira gave credit to City’s scouting department — including sporting director Claudio Reyna and David Lee, the director of player recruitment, which “has people around who can identify the players who can suit the way we want to play.”

“We identified the quality of players that we needed at that position,” Vieira added. “Then we find the players.”

What impressed Vieira was Ring’s attitude when he approached the midfielder about joining the team from Kaiserslautern in Germany.

“What was interesting about Alex was that the first time we spoke to him, he said yes and didn’t change his mind,” the coach said. “It wasn’t easy to make him come in to us but he made up [ his mind]. That’s why we are pleased because he fought to come to us and that is a good sign. He’s young and an international. He wanted to come to us and that’s really important for us as a football club.”

When he was younger, Ring did not live a typical life for a Finnish boy playing the beautiful game. He was born there, but grew up in Belgium, Sweden and Bonn, Germany due to his father’s job (Ring said he did not would want to talk about what his father did or personal matters). The Ring family eventually moved back home and Alex joined Klubi-04, the reserve team for HJK Helsinki, for the 2009-10 season. He played on loan with Tampere in 2010 and earned a spot on Helsinki from 2010-2103. His star was on the rise, as he was loaned to Borussia Moenchengladbach for 2012-2013 before joining Kaiserslautern in 2013.

“I was the longest playing player until I left my last club, so I saw a lot of new faces come in and go out,” Ring said. “I don’t know. Maybe it builds a bit of character when you get thrown into new waters. This is my third professional team now.”

While in Germany Ring saw some Major League Soccer games on EuroSport and liked what he saw.

“I always thought it was physically and very underrated because there’s a lot of South American players who are really good,” he said. “Of course, the big names that have been coming over the years over here and I think now that I have been here, and I have seen the league, it is not enough to just play well. You have to bring it all or otherwise you stand a chance to lose the games. It’s a very tight league.

“When you win two, three games up and you lose one and you go down again. you have to be on your toes and that’s the way we have to work as a team and as individuals keep maintaining a level.”

Not only does NYCFC have the third-best record in MLS, if it was based in the Western Conference it would enjoy a one-point advantage over leader Sporting Kansas City (8-4-8, 32).

“I think we are on the right path,” Ring said.

“To beat our opponents, as you can see, we dominate the games, we play well. It’s not always enough to win.”

The key to NYCFC’s success isn’t just its talent or ball possession, but rather to add the physical end to its game to counteract what opponents throw at the team.

“Obviously, they play very physically, they play aggressively,” Ring said. “We should take it as a compliment because they know it’s their only chance to stay in the game.

“From our point of view, we have to answer also in physicality and aggressiveness. With the ball, I am not concerned. We have shown in every game that we can dominate our opponent. Still, we have to remember that we also have to run and fight, stay in the game and show the opponent that its not going to be easy.”

Saying that, Ring has more than enough confidence in his teammates to win now. In contrast to many other leagues on this planet, MLS has not been dominated by one or two teams such as Real Madrid and Barcelona in England, Bayern Munich and Borussia Dortmund in Germany and Manchester City and Chelsea in England, for example.

Asked if it made it more exciting that every MLS team has a chance to win, Ring quipped, “Only if it’s New York City FC, we can win.”

Then he became serious.

“I don’t think about the other teams,” Ring said. “We have to focus and maintain our level because I’m confident in our players and our team and the staff. If we do that, I don’t see why shouldn’t fulfill that.” 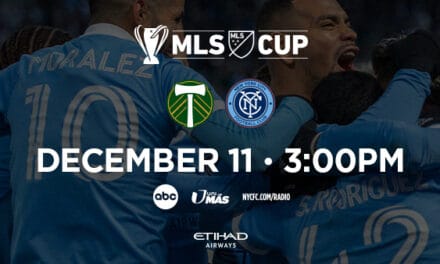 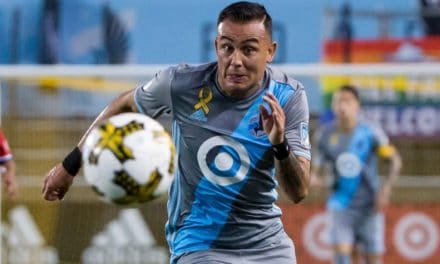 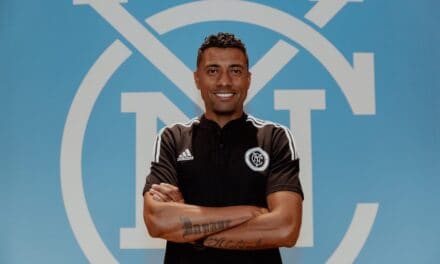 A CHAMPIONS’ TOUCH: Kleberson joins NYCFC as an assistant coach