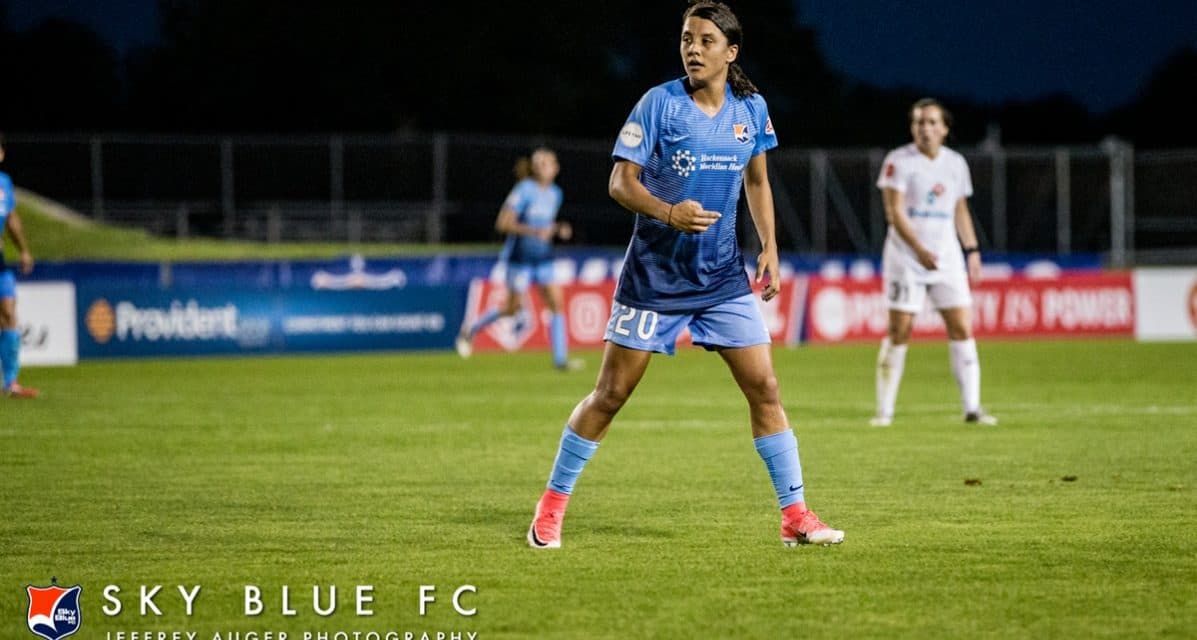 Sam Kerr stands by herself after her incredible performances this season. (Jeffrey Auger Photo)

Given what she accomplished Saturday, it should not come as a surprise to anyone that Sam Kerr was named National Women’s Soccer League player of the week by the NWSL Media Association Tuesday.

The Australian international recorded a 12-minute hat-trick in the waning minutes Saturday night to lift Sky Blue FC to a 3-2 comeback victory over FC Kansas City.

The 23-year-old Kerr registered the 11th hat trick in NWSL history as the Jersey outfit became just the second team in the league to rally from a two-goal deficit to win. It was just the eighth time in the NWSL that a team has come back to win a game when trailing at the 75-minute mark and the first time a team was able come from two back to earn all three points.

“On behalf of our entire club, we want to send out a huge congratulations to Sam,” Sky Blue head coach Christy Holly said. “This recognition is a true representation of the mentality and culture that has been built around Sky Blue FC by these fantastic players. We are very excited about our comeback win last weekend and delighted that Sam was able to apply the finishing touches to some fun attacking play.”

Kerr, who was named FrontRowSoccer.com player of the week Monday, was quick to place the credit for this latest achievement onto the shoulders of her teammates.

“It takes more than one player to win a game, and we had many other people who played well this weekend,” she said. “To come back from being down two-nil in the 78th minute really shows our team character. Everyone on our team played their part, including the subs as well as beyond the subs. Overall, it was a massive team effort. It is nice to feel the love from everyone, but the team deserves this more than me.”

The Fremantle, Australia native scored in the 78th, 81st and 90th minutes to complete the latest started hat trick in league history and the second quickest in terms of the time between all three goals. The first goal came with her team trailing 2-0 in the 78th minute as she powered a header past FC Kansas City goalkeeper Nicole Barnhart after she got on the end of a pinpoint cross from Kelley O’Hara.

The second goal came three minutes later in the 81st as Kerr smashed home a right-footed shot 14 yards out after an intricate exchange between Daphne Corboz and Raquel Rodriguez. In addition to leveling the score in the match at 2-2, the goal also made Kerr the all-time leading scorer in NWSL history as she moved past North Carolina Courage forward Jessica McDonald (33 goals).

Kerr completed her first hat trick in the league in the 90th minute with the 35th goal of her NWSL career as she got position on her defender, collected a pass from Taylor Lytle and duly slotted it past Barnhart to score for the third time in the span of 12 minutes. It was also another historic tally for Kerr – giving her 49 points for her career as she moved past former Seattle Reign midfielder Kim Little (48 points) for the most all-time.

It is the second time this season and fourth time overall Kerr has been honored as the NWSL Player of the Week and the eighth time a Sky Blue FC player has won the award. She joins former Washington Spirit forward Crystal Dunn (6), FC Kansas City forward Sydney Leroux (4) and Seattle Reign FC forward Nahomi Kawasumi (4) as the only players to accomplish the feat on four occasions.

Sky Blue FC will return to action against the Chicago Red Stars at Yurcak Field in Piscataway, N.J. Saturday at 7 p.m. 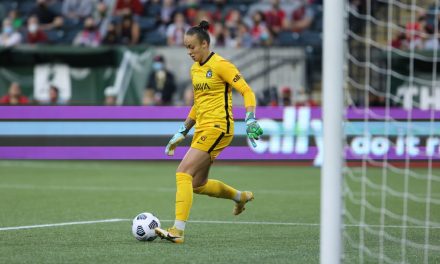 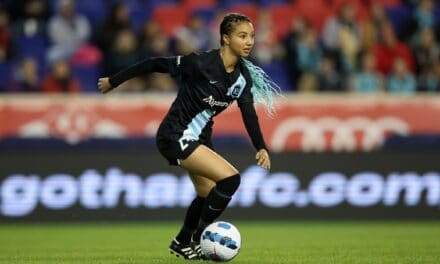 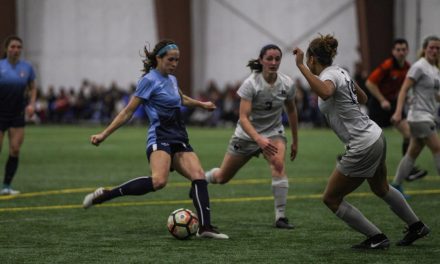 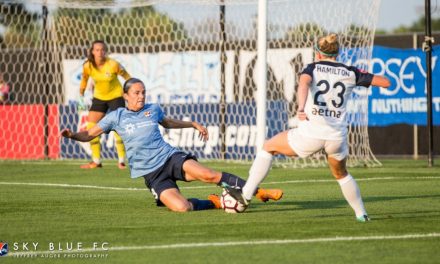