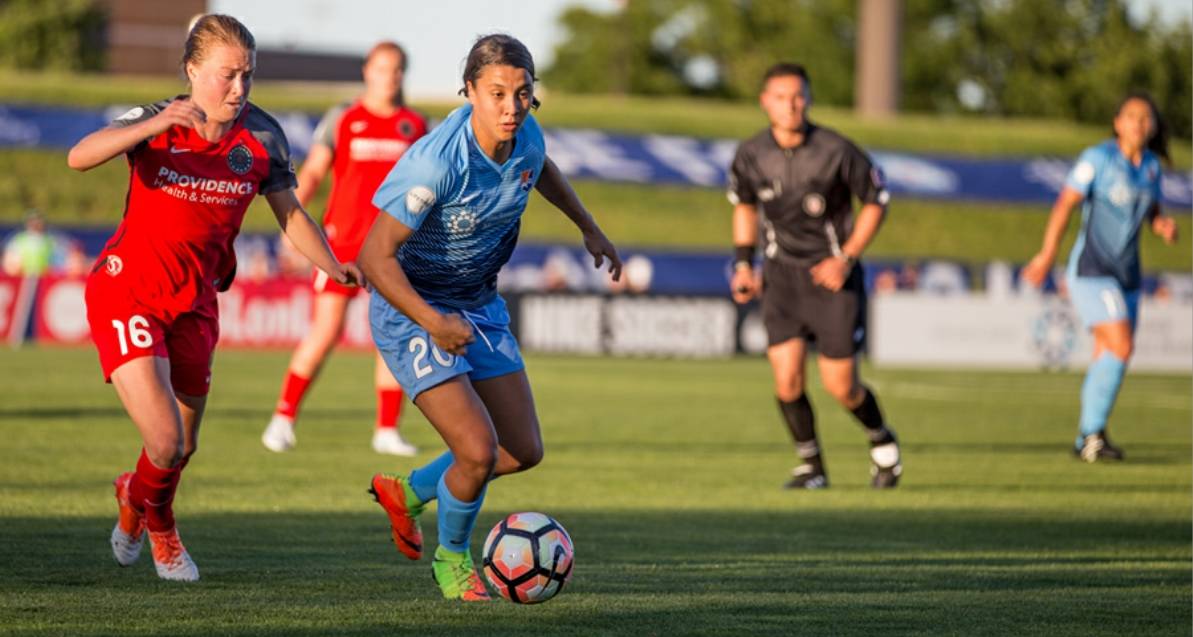 Sam Kerr had two goals and two assists vs. Portland.

Kerr recorded a two-goal and one-assist performance in the 3-1 win over Portland Thorns FC Saturday.

“We are delighted for Sam as she takes another step in her development,” Sky Blue FC head coach Christy Holly said. “Sam continues to add different facets to her game and pushes herself to become one of the most respected strikers in the world game. We are very happy to see her receive this acknowledgement, and we as a team will keep pushing her and supporting her to become an even better version of herself.”

Kerr assisted on Raquel Rodriguez’s goal 25 seconds into the match that goes down as the fastest goal in NWSL history. Kerr gathered a rebound on the right side of the penalty area before turning and playing a hard roller towards Rodriguez. Seeing space in front of her, the Costa Rica international quickly stepped into a powerful shot that slotted past Portland netminder Adrianna Franch.

Sky Blue FC extended its lead to 2-0 on a brilliant display by Kerr in the 70th minute. On the scoring play, U.S. international Kelley O’Hara cleared a ball that found the head of Maya Hayes at midfield. Hayes played the ball forward to Kerr, who sped into a 1 v 1 situation with Franch. Kerr then touched around Franch before calmly striking the eventual game-winner into the back of the net.

In the 88th minute, Sky Blue FC stretched its lead to three goals as Madison Tiernan sent a ball towards her final third, causing Franch to come aggressively off her line. Kerr made Franch pay for that decision, flicking the ball past her before calmly slicing it into the open net.

Kerr, who was named the NWSL player of the month in May, has four goals and three assists this season. The two goals Saturday placed her at 15 goals in a Sky Blue FC kit, which breaks the club’s all-time franchise record for most goals scored. For her career, Kerr now has 30 goals, which is the second-highest mark among active NWSL players.

Sky Blue FC visits the Chicago Red Stars Sunday at 6 p.m. The New Jersey outfit will then return home to Yurcak Field on Wednesday, June 28, hosting the Orlando Pride for a 7 p.m. kickoff. 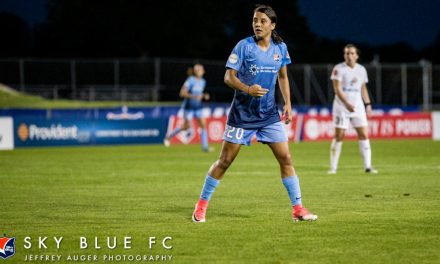 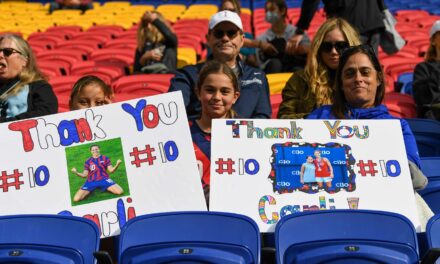 THE LONG GOODBYE: Lloyd says farewell again, but it isn’t over quite yet 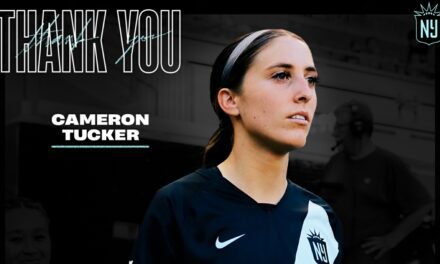