END OF THE LINE: U.S. eliminated in U-20 quarterfinals in stoppage time

JEONJU, Korea – The U.S. Under-20 national team was eliminated from the FIFA U-20 World World, dropping 2-1 quarterfinals decision to Venezuela in extratime Sunday.

After 90 minutes of high-intensity but scoreless soccer, the Americans found themselves down 2-0 late in extra time after goals from Venezuela’s Adalberto Peñaranda and Nahuel Ferraresi in the 96th and 116th minutes, respectively.

Jeremy Ebobisse rescued hope for the USA, scoring the first goal against Venezuela to this point in the tournament in the 117th minute, but the U.S. could not tack on another in the waning moments to send the match to penalty kicks.

This was the second consecutive U-20 World Cup that head coach Tab Ramos has guided the U.S. to quarterfinals.

The game also marked a unique confrontation between two of the area’s rising midfielders — the Red Bulls’ Tyler Adams of the USA and New York City FC’s Yangel Herrera, the captain of the Venezuela national side.

A quick break by Venezuela down the USA’s right flank received a kind deflection when Peñaranda tried to make a move past his defender with the ball deflecting out wide into the path of the onrushing Samuel Sosa. He rifled in a low across along the top of the six yard box that picked out Peñaranda, whose first time shot nestled into the far left side netting out of the reach of goalkeeper Jonathan Klinsmann.

The Venezuelans doubled the score in the 116th minute.

From a corner kick, Ronaldo Lucena whipped an inswinging cross toward the back right post where Ferraresi lay in wait and headed the ball down into the turf. It bounced back up and into the top right corner of the goal for what proved to be the game-winner.

The U.S. made it interesting a minute later. From a set piece, Brooks Lennon sent the ball deep into the Venezuela box toward the back left post where a trio of U.S. players were arriving. Ebobisse got his head to the ball, sending a looping header back across the goal and just inside the post into the right, cutting the deficit to 2-1. 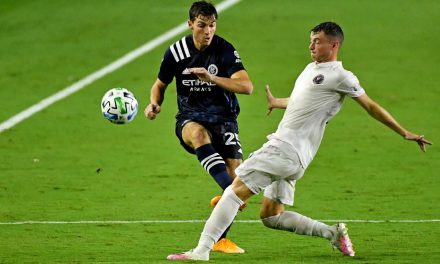 ‘IT WAS UNBELIEVABLE’: Scally on his first Bundesliga goal 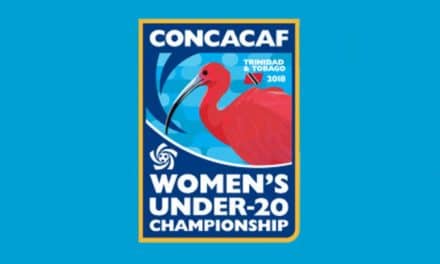 SHOT DOWN: U.S. loses to Mexico in CONCACAF Women’s U-20 final