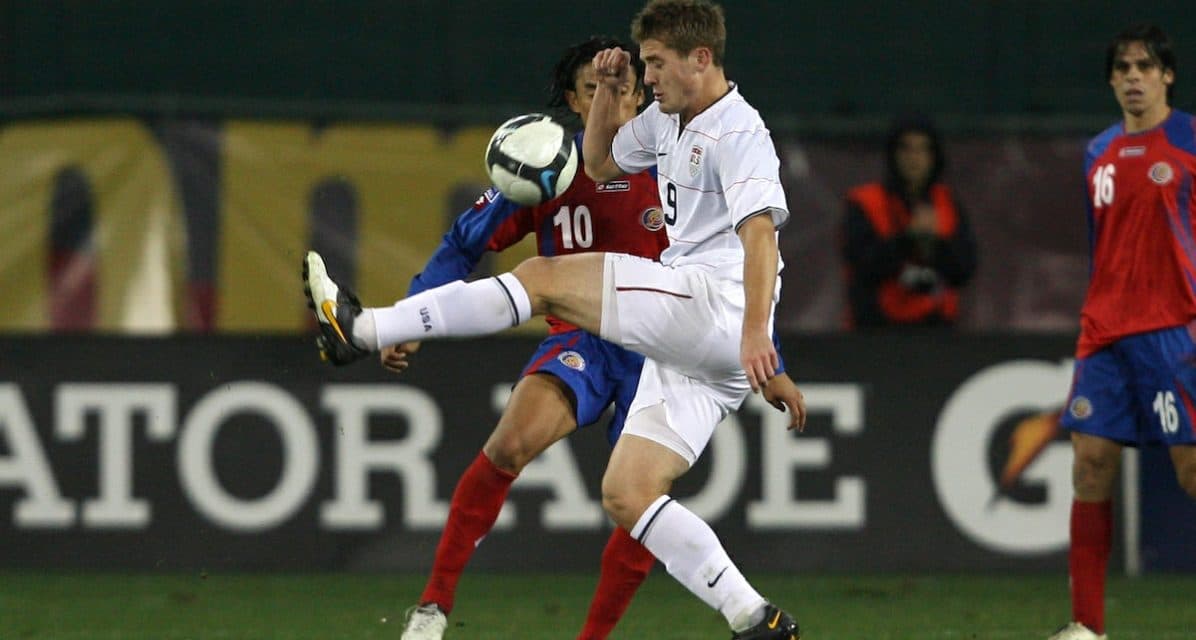 Robbie Rogers scored the equalizer for the U.S. in a 1-1 draw vs. Mexico. (Andy Mead/YCJ Photo)

PHILADELPHIA — The U.S. National Team’s 1-1 draw with Mexico on Wednesday night was more like out with the old and in with the new.

Juergen Klinsmann, who took over for the fired Bob Bradley, made his debut as national coach.

Three second-half substitutes with not that much international experience — Juan Agudelo, Brek Shea and Robbie Rogers — combined on Rogers’ equalizer in the 73rd minute at Lincoln Financial Field on Aug. 11, 2011.

The tie averted a third consecutive American loss to the Mexicans on U.S. soil, which would have been have been a first in the 77-year-old history of the rivalry. El Tri has won the last two CONCACAF Gold Cups in the United States — in 2009 and this past June.

Klinsmann was just happy with the way the Americans played.

“We can be very satisfied with that performance,” he said. “It was really enjoyable to see how they then kind of expressed themselves. Robbie Rogers comes on and goes at [Carlos] Salcido like he plays in those big games always. This is what we want in this team. We want them to express themselves and have fun, and I think that’s what we saw.”

It was an emotional game for Klinsmann as well for obvious reasons.

“It was an emotional start for me as a person as well because it is something special that happened in my lifetime,” he said. “I’ve lived in this country for 13 years and lived abroad most of my life, in different countries in Europe. It was a special moment already before the game, listening to the anthem and feeling the energy in the stadium and the energy from the players. Unfortunately, I’m too old to play so the second-best solution is coaching, but I really enjoyed it.”

A last-minute replacement on the team, Rogers was brought in for injured midfielder Maurice Edu (left calf strain). He turned out to be the hero, although he had some help from his friends and teammates.

It wasn’t until Aguedo, Shea and Rogers came on in the 60th, 60th and 72nd minutes, respectively, that the Americans increased their pressure on El Tri.

“They were great,” veteran forward Landon Donovan said of the three subs.

As it turned out, Rogers was in the game barely a minute – he had replaced Michael Bradley – before he put home the equalizer. Talk about fresh legs making an impact.

Agudelo started the sequence by finding Shea on the left side. Shea, in turn, sent a short pass across the goal mouth to an open Rogers, who beat Salcido and tapped home an easy score from three yards for his second international goal and a 1-1 tie.

“The team definitely improved in the second half. We attacked, we played the ball, it was totally different,” Rogers said. “We were more confident in the second half. The goal was pretty simple. Brek Shea put a ball to me, and I just had to finish.”

Given a boost by the goal, the Americans played as though they were behind, not tied.

The U.S. felt Gerardo Torrado should have been red carded in the 86th minute when Rogers, given a perfect cross-field feed by Agudelo, was taken down by the Mexican defender 30 yards out. They claimed that Torrado was the last defender in front of the goal. Instead, referee Raymond Bogle (Jamaica) gave Torrado a yellow card.

“I thought in the end we deserved to win, but we are really happy with the performance,” Donovan said. “It took us a little while to figure things out and get more comfortable, but once we turned the tables and put them under pressure the game changed dramatically.”

The Mexicans struck first in the 17th minute. Midfielder Andres Guardado took a short corner to Antonio Naelson, who gave the ball back to this teammate on the right side. Guardado then sent a bullet cross into the middle of Oribe Peralta, who redirected the ball into the net for a 1-0 Mexico advantage. 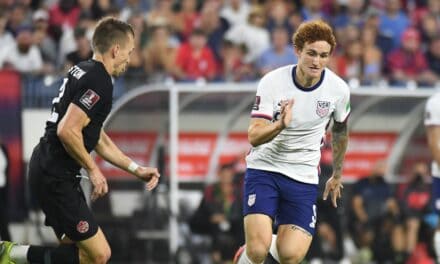