3 IN THE SPOTLIGHT: Sky Blue FC’s Kerr, Killion, Sheridan on NWSL team of the month 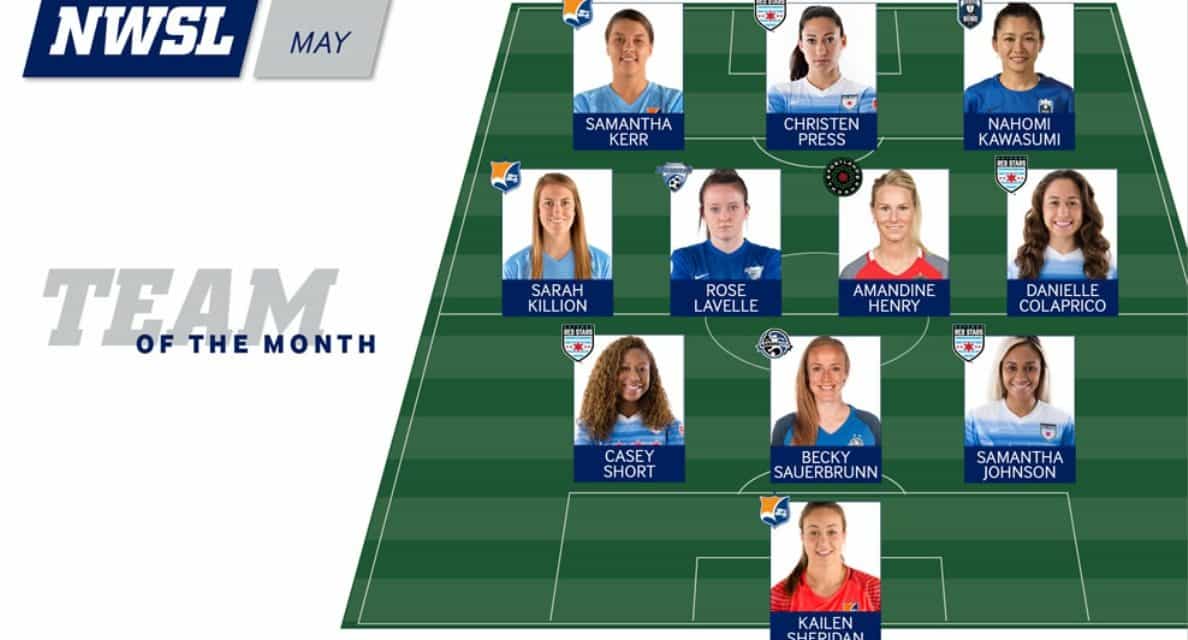 Sky Blue FC forward Sam Kerr, midfielder Sarah Killion and goalkeeper Kailen Sheridan have been named to the National Women’s Soccer League team of the month by the NWSL Media Association for May.

“We are very proud of Sam, Sarah and Kailen, and we are delighted to see them highlighted for their outstanding performances during May,” Sky Blue FC head coach Christy Holly said. “Credit must also be given to the entire roster because it has been a collective effort to provide these players with a platform to perform. After a good start to the season, we are very excited about our further growth that will come in June.”

Kerr also was named the NWSL May player of the month after registering two goals and two assists. The Australia international recorded a goal and an assist in two matches, giving her 28 goals over her NWSL career and leaving her two shy of becoming the third player in league history to eclipse the 30-goal mark.

Killion received the monthly distinction after statistically putting in the most offensive month of her professional career, recording four goals last month. Those goals increased her season total to league-best five.

After being selected in the 2017 NWSL college draft, Sheridan has played every minute in net this season and has adjusted to the professional ranks quite nicely. During May, she made 19 saves and registered three wins. Her performance was highlighted by an 11-save performance against the North Carolina Courage that was the highest save total for a Sky Blue FC goalkeeper since the NWSL began in 2013.