With only seconds remaining in the second half of extratime and with penalty kicks looming, Sammy Edoung-Biye finished off a cross from Jalen Brown to boost the Rochester Rhinos to a 2-1 victory over the GPS Omens (Massachusetts) at Capelli Sport Stadium in the third round of the Lamar Hunt/U.S. Open Cup Wednesday night.

After a scoreless first half, the Rhinos took a deserved lead when Brown finished in the 52nd minute, but their advantage didn’t last long.

Three minutes later, Keith Campbell curled in a 22-yard free kick to get GPS Omens even and eventually push the game to extratime.

Despite the Rhinos having the majority of extra-period chances, it looked certain the game was going to penalty kicks until Edoung-Biye tallied in the 120th minute to keep the only non-MLS club in the modern era to win the U.S. Open Cup alive for another round in this year’s tournament.

“I had three good opportunities I should have finished, and I just kept working,” Edoung-Biyo told www.RhinoSoccer.com. “I kept looking for it and eventually it got in the back of the net. Hopefully, it becomes a habit.”

The Rhinos face FC Cincinnati Saturday before heading to Florida for matches against Orlando City B and Tampa Bay. They will fly back north to face the New England Revolution in the fourth round at Providence College in Providence, R.I. June 14. 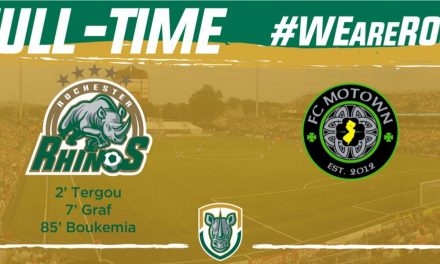 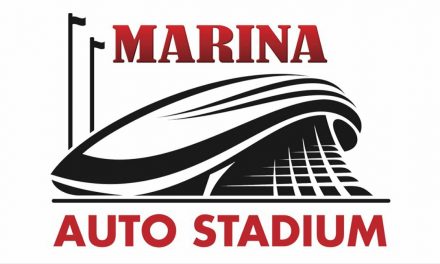 PRESS CONFERENCE: Rhinos to hold one regarding ‘the future of professional soccer in Rochester’