SOME LOFTY GOALS: Palmer-Brown: ‘We want to win’ the U-20 World Cup 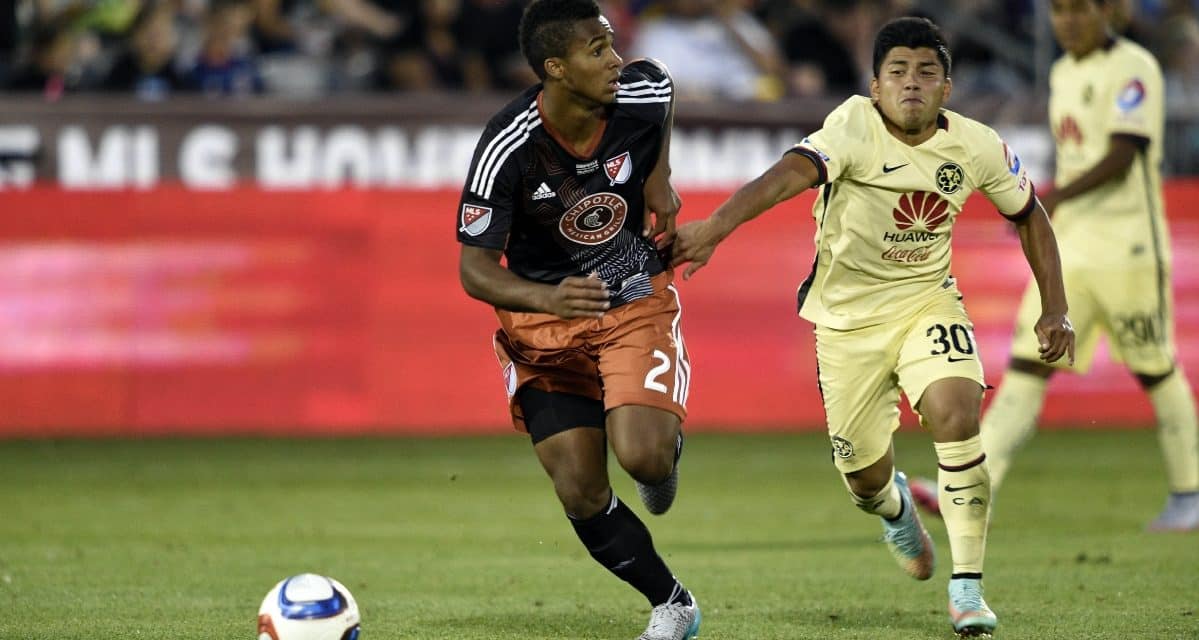 Erik Palmer-Brown: “We can’t take a second off, ever again. I think we have the quality to go [far] in this tournament.” (Kyle Terada?USA TODAY Sports)

Its confidence boosted by winning its group with an undefeated record, the United States has set some lofty goals at the FIFA Under-20 World Cup in Korea.

The Americans think they can go all the way.

An American team has never won a FIFA youth tournament. The best showing by a USA side was a third-place finish by the U-17 squad in 1999, a team that boasted the likes of Landon Donovan, DaMarcus Beasley and Kyle Beckerman.

This U.S. team has Brooks Lennon, Josh Sargent and Erik Palmer-Brown. Their professional soccer fates are yet to be determined, but they have acquitted themselves well and then some in this tournament.

“We want to win this tournament,” said Palmer-Brown, whose team is preparing for Thursday’s Round of 16 confrontation with New Zealand in Incheon. “We can’t take a second off, ever again. I think we have the quality to go [far] in this tournament.”

Palmer-Brown, a defender, wasn’t the only USA player who felt the team had the proper mentality to go a long way.

“Do-or-die situations always change the mentality,” said forward Brooks Lennon, who scored the lone goal in the 1-1 deadlock with Saudi Arabia. “I think when you go into the game, you focus on doing your job and doing it to the best of your ability because you know this could be your last game. And especially at such a quality tournaemnt like a World Cup, you don’t want it to be your last game. You fight to the end if you have to. No matter what happens you just play your best.”

So far so good for the Americans, who overcame a 2-0 deficit to record a 3-3 draw with Senegal in stoppage time in the opener, downed Senegal, 1-0, and tied Saudi Arabia, 1-1, despite playing the final 45 minutes a man down.

Head coach Tab Ramos said he was “very proud of the effort the guys made … especially being down a man.”

“Being able to hold onto the result I thought it was tremendous,” he told U.S. Soccer/Wazee Digital. “I think the players should be going into the next round with a lot of confidence now. Obviously we took first place and that’s exactly where we wanted to be.”

New Zealand will be the next challenge for the USA, which defeated the Oceania side, 4-0, at the 2015 U-17 World Cup.

But that was two years ago and both teams have different rosters.

“Every team here is going to be good, especially going into the second round,” Lennon said. “So we need to amp up our level and I think we can do that. We just need to grind again, get another result and keep going.”

Added Palmer-Brown: “They’ve got a lot of size. They’re a good team. They’ve got quality players all around the field, just like everyone in this tournament. We’re going to get the result. We have to.”

Ramos was pragmatic, but confident.

“We know they’re going to be a hard-working team,” he said. “We faced them in the last World Cup, also. They’re going to make things difficult. We’re learning. We’re getting better. I feel our team will be prepared. We know it’s a final and you’ve got to come out and win it. There’s no other result that’s good now.”

It’s win or go home, and the USA wants to stay in Korea for as long as possible.