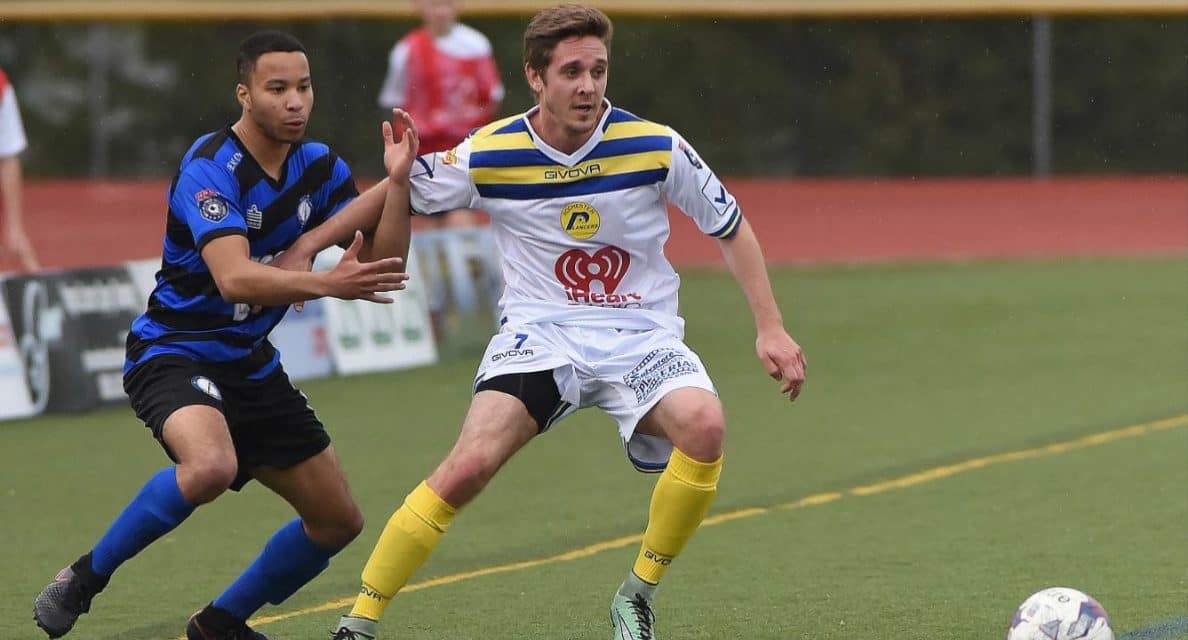 And that might go double or even triple for soccer.

The Rochester Lancers discovered that quite rudely in their return to outdoor soccer after a 36-year plus hiatus from the beautiful game Sunday.

Alberto Zaragoza scored in the third minute of stoppage time to lift the Dayton Dynamo to a 2-1 victory at the Wegman’s Sports Complex at Aquinas Institute.

What made it even more excruciating for the host was that they played well, dominated stretches of the match and deserved the three points in their National Premier Soccer League opener.

Instead of securing a point, the Lancers walked away with none.

“So disappointed,” said Rafael Godoi, who scored Rochester’s lone goal. “In the last minutes you’re so focused. You’re playing well, had some good opportunities to score before they scored. It was Just real hard with the ball bouncing inside our box. The guy made a good shot.”

“We’ve got to learn from it,” head coach Doug Miller said.

It was an expensive lesson from to learn.

Until that moment, the Lancers had several opportunities to put the ball away and at times showed fine passing and teamwork to work the ball around.

“That’s where the skillset of this team lies, moving the ball short and quickly,” Schindler said. “But when everyone’s new and the game is much faster than they’re used to playing. When they’re calm and comfortable, the game is very smooth and easy to play. When they’re under pressure, they’ve just go to get used to that.”

Still, the performance turned out to be quite impressive for a time that had all of eight practices, all indoors, at Miller’s indoor facility.

“Once we got going into the game we found our way in the second half, we probably had 70 percent of the opportunities,” Miller said.

The Dynamo, playing back-to-back games over the weekend, drew first blood in the 13th minute as an open Matt Kinkopff worked himself free in the box to give Dayton (2-0-1) the 1-0 lead.

Rochester equalized on the hour as Godoi’s goal from the left side of the penalty area off a feed by second-half substitute Isaac Kissi.

“The actual subs for the majority that came on were actually better than the players they went on for and created more opportunities and did a little bit more of the dirty work,” Miller said. “Kudos to them because that’s the expectation if you’re going in as a sub you’re going to be better than you’re taking off.”

It was the first goal in an outdoor Lancers game since Branko Segota found the net in a 3-2 defeat at the Tulsa Roughnecks Aug. 17, 1980.

The Lancers will have to wait at least until Wednesday for their second goal, as Dayton struck three minutes into stoppage time as Zaragoza took advantage of a loose ball open space in the box to score and heart the Lancers’ hearts.

Seconds later, the game was called.

“It comes down to the details,” Miller said. “When I talked at halftime, I told them, one to the ball, not three. Those 50-50 balls. That last play we had three guys fighting with one of their guys. The ball pops out and we leave ourselves naked in the back with one on one. Hey, the guy did a good job of being crafty enough to beat [the goalkeeper].”

When asked what the Lancers needed to improve on, Schindler was brutally honest.

“Man, I don’t know where to start,” he said. “I think positionally we need to be better. The three of us in the midfield weren’t very connected. We were all on one side or all on the other side. There were big gaps between us in attack and between us on defense. More experience, just time, learning each other’s movements will make a big difference in our success.”

There will be little time for the Lancers to feel sorry for themselves.

They hit the road for two games — at Fort Pitt Regiment in McKees Rocks, Pa. Wednesday and at Syracuse FC Friday.

“After eight training sessions I thought it was a pretty good game for us,” Miller said. “Hopefully, we can continue to build on it and get these guys motivated for Wednesday.”

THE PRIDE AND JOY OF BUFFALO: Wall of Famer Boughton reminisces about his Lancers career 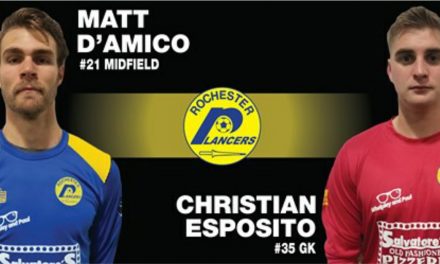