Former Cosmos defender Jimmy Ockford, who played for the North American Soccer League club on loan from the Seattle Sounders (Major League Soccer), was named to the team of the week.

D – Greg Cochrane, San Antonio FC: Cochrane helped limit Phoenix Rising FC to one shot on goal with a lockdown performance down the left side of SAFC’s defense.

M – Brian Ownby, Louisville City FC: Ownby was a menace throughout the game down the right, setting up the only goal as Louisville defeated the Pittsburgh Riverhounds.

M – Michael Salazar, Ottawa Fury FC: Salazar had the game-tying goal, and also had an assist and created two other chances, as Ottawa rallied to a 4-3 win against the New York Red Bulls II.

M – Sebastian Velasquez, Real Monarchs SLC: Velasquez earned a second consecutive berth on the Team of the Week with a pair of goals in a 5-2 win against Colorado Springs Switchbacks FC.

M – Dante Marini, Charleston Battery: Marini had an immediate impact for the 10-man Battery after coming on as a substitute, playing a role in both goals in a 2-2 draw with the Harrisburg City Islanders.

F – Danni König, FC Cincinnati: König scored his first two goals for FCC to lead the side to a 2-1 victory against Bethlehem Steel FC in front of 18,441 fans at Nippert Stadium. 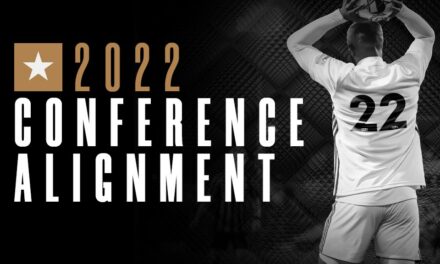 A RETURN TO NORMALCY: USL Championship will have 2 conferences in 2022 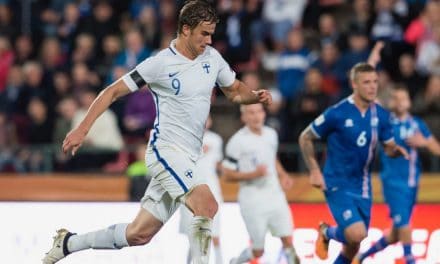 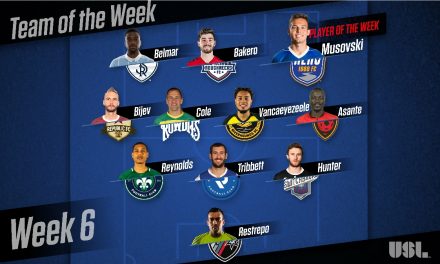 2020 VISION: Penn FC to take next season off to join USL League One