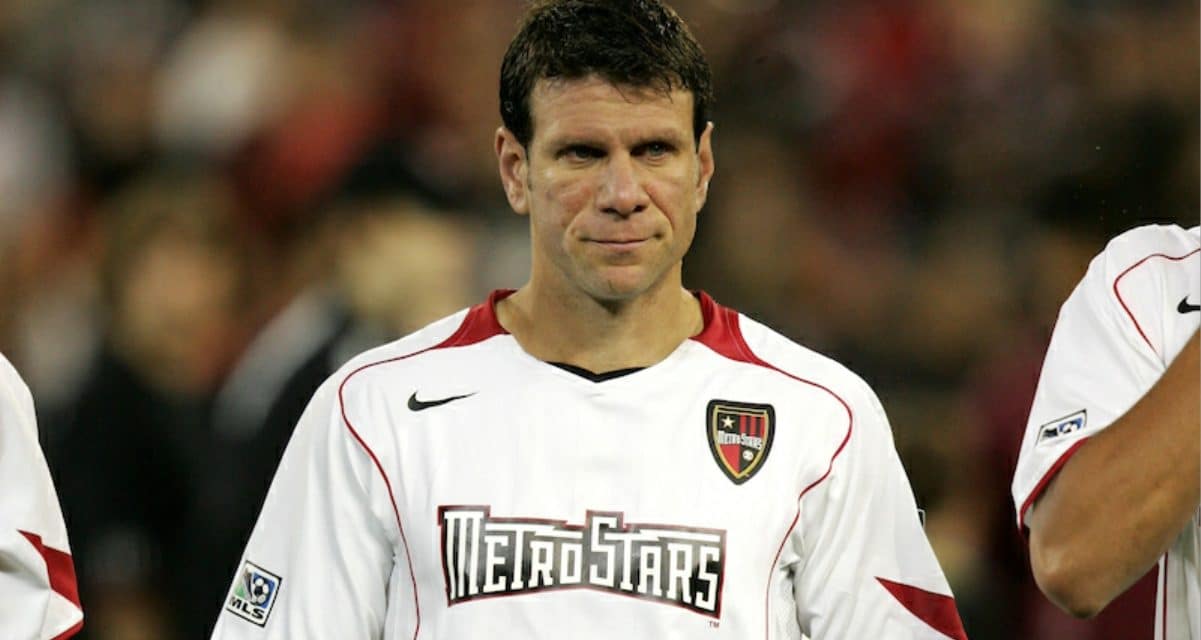 Jeff Agoos, then pictured with the MetroStars: “We were the most dangerous Mexican player. I don’t think we deserved to win. We were our own worst enemy.” (Andy Mead/YCJ Photo)

With the United States and Mexico preparing for their World Cup qualifying encounter in Mexico City June 11, FrontRowSoccer.com is looking back at some of the most memorable matches between these two archrivals. Today, we report about another frustrating time at Estadio Azteca.

MEXICO CITY — In the unforgiving world of World Cup qualifying, one bad decision can mean the smallest difference between life and death.

The United States learned that the hard way on July 1 in its lifeless 1-0 loss to Mexico, which gave its archrivals a much-needed lease on life at Estadio Azteca on July 1, 2001.

A botched offside trap allowed the Mexicans to score — “a foolish goal and a poor decision,” according to coach Bruce Arena. The Americans went on to play one of the worst halves of his three-year regime and never recovered.

Perhaps defender Jeff Agoos said it best. “We were the most dangerous Mexican player,” he said. “I don’t think we deserved to win. We were our own worst enemy.”

The Mexicans (2-3-1, seven points), mired in fifth place in the six-team group, desperately needed a victory in any way, shape or form to keep their precarious qualifying hopes alive. One newspaper called the match, “Victoria o muerte” – “Victory or death.”

“It was a big, big relief,” said Mexican coach Javier Aguirre, who had been in charge for only 10 days. “Three points and we still have our heads above water.”

The Americans (4-1-1, 13) also had their heads above water, but found themselves in second place because of goal differential behind Costa Rica (4-1-1, 13), 3-2 away winners over Honduras, for the lead.

They had two months — until they hosted Honduras in Washington, D.C. on Sept. 1 — to replay this game in their minds.

They certainly will remember how the defense, which allowed only one goal in its previous nine qualifiers, could not communicate in a key moment before 100,000 noisy spectators at Azteca Stadium.

Joe-Max Moore, who struggled as Claudio Reyna’s replacement (yellow-card suspension) as playmaking midfielder, fouled Alberto Garcia Aspe 35 yards out on the right side. Aspe’s free kick found Jared Borgetti as he U.S. backline tried to move forward on an offside trap. But not every player moved at the same time. Borgetti was left alone to head a 12-yard bullet from the penalty spot past goalkeeper Kasey Keller into the right corner.

“We were pushing out to try to deny them space behind us,” Agoos said. “We got caught in-between pushing up and marking up. Borgetti had a free header.”

“We conceded a foolish goal,” Arena said. “Really, a poor decision by our backline to try to pull up with the crowd noise. Communication wasn’t there. Really, a poor effort on our part.”

Compounding matters was an abysmal first-half in which the U.S. rarely got the ball out of its end. When the Americans failed to string short passes together, they decided to launch clueless long clearances and passes that the Mexicans continually intercepted to initiate attacks.

“We were really lethargic,” midfielder Tony Sanneh said. “We didn’t come out with intensity. They beat us to all the 50-50 balls. . . . When you have to play behind in this atmosphere, you don’t have much of a chance.”

Agoos agreed. “We had a very bad first half, probably one of the worst first halves we’ve played in qualifying,” he said. “We didn’t have anything going forward. We were very limited in what we could do.

“We stepped onto the field with the wrong mentality. We played without any rhythm. There was no connection between players. We weren’t good as a team.”

Arena was forced to use Moore, who was better off as an attacking midfielder or forward.

Not surprisingly, Arena was not happy about Ajax refusing to allow O’Brien to play. O’Brien, who could have slowed things down for the U.S., could have jeopardized his starting spot with the perennial Dutch power. While the Dutch season doesn’t start for a while, the club said it needed the midfielder to train for its UEFA Cup qualifying tournament.

“It’s a classless thing to do,” Arena said. “It’s going to hurt John one way or another. It’s going to hurt him with us or with Ajax. When a club puts a player in that kind of position, it’s not fair. I can’t imagine him playing here would hurt Ajax’s plans for the season.

“This isn’t a friendly. This is a pretty good experience for a player. John could have benefited from it.”

And if Arena insisted that O’Brien play?

“And he doesn’t play for the next year,” he said. “You’ve got to weigh the pros and cons.”

At halftime Arena replaced Moore with the speedy Cobi Jones to liven up the attack. The U.S. moved from a 4-4-2 to a 3-5-2 formation with defender David Regis joining the midfield.

Jones managed to place the U.S.’s first shot on goal in the 60th minute, which keeper Oscar Perez caught. It was as close as the U.S. would come to scoring as the Mexican defense gave very little away.

U.S. Soccer officials were upset that Aguirre continually went outside the coaching box to yell instructions to his players and talk to the referee. On one occasion, Aguirre cursed at Earnie Stewart. That was conduct unbecoming a coach at any level, let alone in qualifiers. U.S. Soccer had considered filing a protest. Coaches are allowed to stand and give instructions in the box, which, incidentally, appeared much larger than regulations allow. 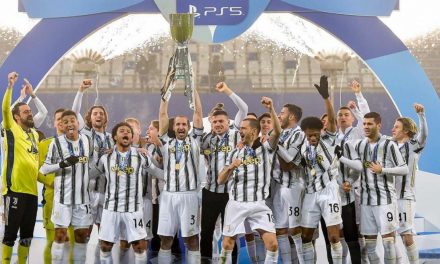