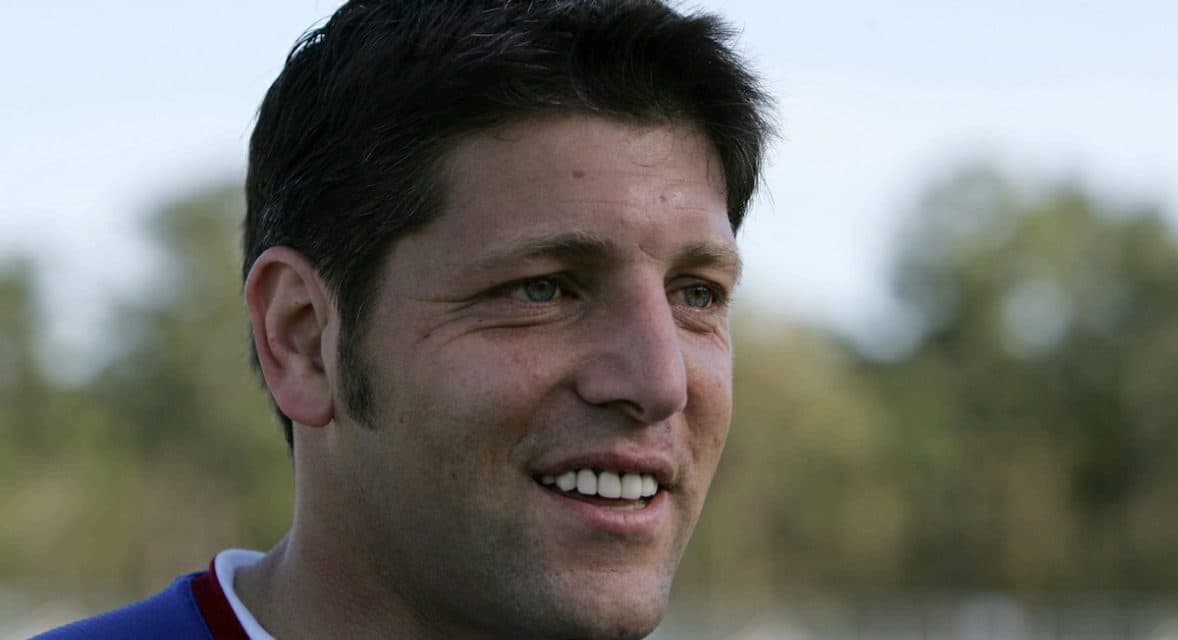 An injury forced goalkeeper Tony Meola out of the 1999 friendly encounter with Mexico. Andy Mead/YCJ Photo)

With the United States and Mexico preparing for their World Cup qualifying encounter in Mexico City June 11, FrontRowSoccer.com is looking back at some of the most memorable matches between these two archrivals. Today, we look back at a Mexican win on American soil, which is quite rare over the past 20 years.

Before the 2009 CONCACAF Gold Cup final, the last time Mexico defeated the United States in an international soccer match on American soil was almost 10 years prior. Bill Clinton was president, just having survived impeachment stemming from the Monica Lewinsky scandal, the price of gas was $1.05 a gallon and the MetroStars were about to begin one of the worst seasons by any club in MLS history.

Prior to the Mexicans’ 5-0 thrashing of the Americans at Giants Stadium on July 26, 2009 the last Mexican win came at the CONCACAF Gold Cup on March 13, 1999, a 2-1 victory before 50,324 spectators at Qualcomm Stadium in San Diego, Calif. to clinch the 1999 Nike Cup championship.

The Americans found themselves trailing in the 17th minute when Mexican Jose Manuel Abundis carried the ball down the left flank before sending a cross towards Francisco Palencia. Robin Fraser moved toward Palencia, but the American defender slipped and the cross ran off his body into the net for an own goal. Palencia then struck former MetroStars and Red Bulls goalkeeper Tony Meola in the face, putting him out of the match. U.S. coach Bruce Arena claimed Palencia hit Meola on purpose, although no foul was called. Former MetroStars and Red Bulls goalkeeper Zach Thornton replaced Meola.

The U.S. managed to equalize on a Frank Hejduk goal in the 51st minute off a cross by Robin Fraser, a former assistant coach with the Red Bulls.

However, the Mexicans took the lead for good in the 57th minute. Joel Sanchez fired a 12-yards shot that Thornton blocked. The rebound went to Abundis who slotted the ball home from two yards.