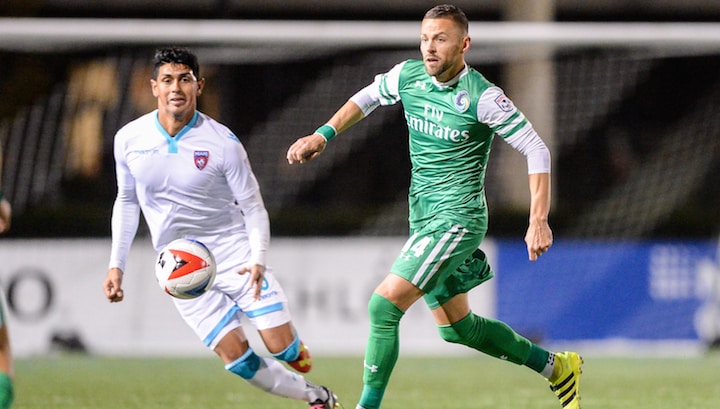 Danny Szetela is the lone Cosmos who has played in every Open Cup match for the NASL club. (Andy Mead/YCJ Photo)

Midfielder Danny Szetela is the only Cosmos to have played in all the team’s Open Cup matches. His 88th-minute goal against New York City FC in last year’s tournament gave the Cosmos entry into the Round of 16.

Latest man of the match

Midfielder Emmanuel Ledesma is tied for third in the North American Soccer League in assists (two). Both came in the Cosmos’ first home victory at MCU Park Sunday, setting up goals for midfielders Andrés Flores and Juan Guerra in a 4-3 win over Puerto Rico FC. His performance earned him man of the match. 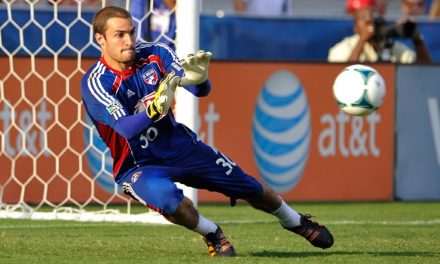 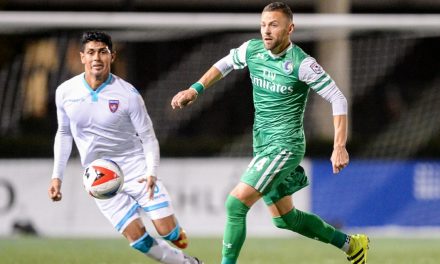 KEEPING THEIR FOCUS: With the NASL’s future uncertain, Cosmos try not to think about off-field woes, only about the final 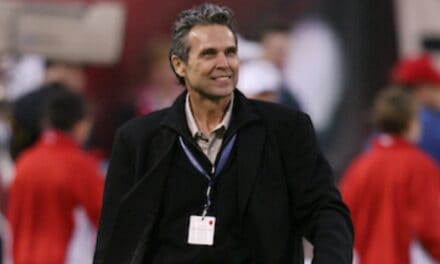