HARRISON, N.J. – It turned out to be a tough night for Red Bulls teams playing against opposing sides named Galaxy Sunday night.

In the first game of a doubleheader at Red Bull Arena, the Red Bulls were taken apart by the LA Galaxy en route to a 3-1 loss in United Soccer League action.

In the nightcap, the Red Bulls II fell to Galaxy II, 2-1. Brandon Allen scored the lone goal for New York.

The loss dropped NYRB II to 3-4-2 on the season. Red Bulls II stands in sixth place of the Eastern Conference standings.

“Obviously it is a bit frustrating,” Red Bulls II head coach John Wolyniec said. “I thought the first half was actually one of our better halves so far this year. I found myself repeating to the team that we’re not consistent enough, we can’t put ninety minutes together, that it’s a good half and then a bad half, seemed like it was that kind of night tonight. It’s hard. We’re not focused enough to be consistent to do what we want to do.”

Wolyniec said the team is still trying to find its identity and chemistry on a consistent basid.

“I’ve challenged our group to be us as much as possible,” he said. “To be fair I think we saw a lot of that in the first half and you know, kind of let it slip for awhile and all of a sudden we found ourselves down and I think a lot of it has to do with how we’re not determined or focused continue to do what we’re doing no matter what. We get a goal, we give up a goal, we just don’t have enough guys that are determined enough to stay focused on what they have to do.”

New York opened the scoring in the third minute when Allen buried Florian Valot’s cross in front of goal, his fifth goal of the season.

In the second half, Galaxy II earned a penalty kick when Raul Mendiola was brought down by goalkeeper Evan Louro in the box. Adonis Amaya buried the penalty kick in the 49th minute.

It turned out to be a difficult second half for the Red Bulls II.

“You know a lot of their guys, they’re very mobile, shifty, they make smart movements,” Louro said. Maybe some of us were tired from the travel, we only had a day or two of rest. I think that’s definitely a factor but at the end of the day, we have to come out and do better to push through that adversity. I think that extra rest that they did have definitely played into it.”

LA Galaxy II found the game-winning goal in the 72nd minute, thanks to Justin Dhillon.

Red Bulls II returns to action on Saturday, May 20 against Ottawa Fury FC at MSU Soccer Park at 4 p.m. ET. 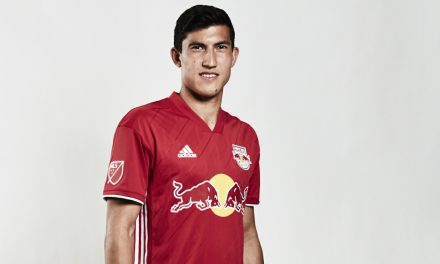 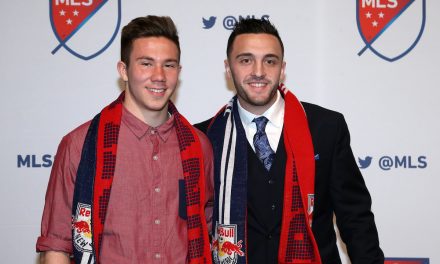 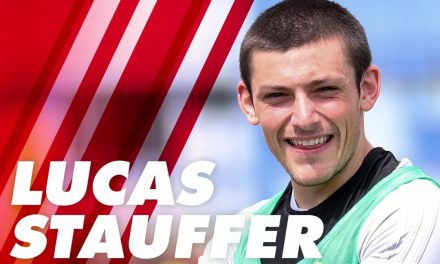