A DANDY DOZEN: Cosmos B sign 12 players for NPSL season

NEW YORK – The Cosmos announced Friday they had signed 12 players for the Cosmos B, the club’s reserve side competing in the National Premier Soccer League.

“Cosmos B is an integral part of the club’s player development model,” Cosmos technical director Luke Sassano said. “As in years past, Cosmos B will operate as an extended arm of the first team’s scouting and evaluation platform. We are excited about the potential in this group.”

Bardic is one of a few additions to the Cosmos B offense. Bardic spent his youth career in Montenegro and Albania. He joined the senior team at OFK Bar after playing for the Under-17 side. Bardic then moved to the U.S., signing for the Clarkstown SC Eagles in the NPSL. He spent three seasons with the Eagles, leaving his mark with 84 goals in 64 games. He last featured for Puerto Rico FC, scoring a goal in three appearances in the 2016 season.

Mendes, a 19-year-old attacking midfielder, was a star at Washington-Lee High School, tallying 21 goals and 12 assists in one season and helping the team win the state championship in 2016. His honors include being named 2016 National Gatorade Player of the Year and 2016 Virginia High School State Player of the Year. Mendes spent three seasons at D.C. United Academy, where he totaled 28 goals and 17 assists in 45 games. He joins Cosmos B less than a year after debuting for the University of Virginia.

Nájera, a Colombian attacking midfielder, spent most of his professional career at Real Cartagena, helping the club gain promotion to the Primera Categoría A in 2008. With 18 goals in 73 league games, he is the club’s all-time top scorer. In 2015, Nájera won the Primera B tournament with Atlético Bucaramanga. The 28-year-old also played professionally in Venezuela and Perú. He is capped once by the Colombian national team.

Another midfield addition, Coutinho, hails from Palm Beach Atlantic University. Coutinho started in all 19 matches of his senior year, scoring three goals and leading the team with 10 assists. His honors include being named to the 2016 NSCAA All-America second team, as well as the NSCAA All-South Region first team. He averaged .88 assists per game during his junior year, good for third in the nation in this category.

Thierjung was selected by the San Jose Earthquakes in the 2017 MLS SuperDraft. A University of California grad, Thierjung totaled 27 goals and 7 assists in 73 games. During his senior year, he scored a school-record five goals on 10 shots in 71 minutes of play in the Bears’ victory against Harvard.

Williams, a right back, joins Cosmos B having previously graduated from Columbia University where he earned All-Ivy League second team honors during his sophomore year, as well as Ivy League Player of the Week honors in 2014 and 2015.

“We are still putting the final touches on this group,” Cosmos B head coach Kevin Anderson said. “We have some work ahead of us to uphold the standards of this storied franchise. So far, we are heading in the right direction.”

Cosmos B finished atop the Atlantic Conference last season, reaching the semifinals of the NPSL Northeast Region playoffs.

The remainder of the roster will be announced in the next few weeks. Cosmos B opponents include the Brooklyn Italians, Elm City Express, Greater Lowell NPSL FC, Seacoast United Phantoms and TSF FC.

Cosmos B will travel to Malden Catholic High School in Malden, Mass. to face Boston City FC on Saturday, April 29 at 7 p.m., when they open their NPSL Season. The team will host Elm City Express at Mitchel Athletic Field Saturday, May 13 at 1 p.m. 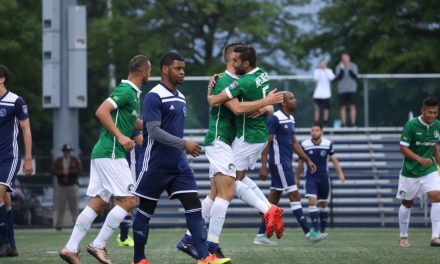 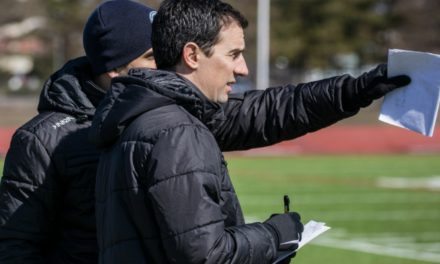