“You know, it’s a competitive game,” NYRB II head coach John Wolyniec said. “It’s two MLS II teams and a bunch of guys that want to prove themselves so a chippiness sometimes starts from one play or could be the result of the way the game goes but it was not something we really wanted to focus on.

“We felt like in a lot of ways we played well and limited their chances and created enough to obviously get a result. It’s an important lesson for our guys to learn to respond to those types of things in a positive and aggressive way.”

Wolyniec was quite impressed with Bezecourt, a former St. Francis Brooklyn College standout who has found the net four times in his last five games.

“I would say he is playing with a lot of confidence,” he said. “He seems to be in on every goal we have and every chance we create. If you talk about Vincent the first thing you ever talk about is his ability to make plays whether it be on the finishing end or setting up end and that’s what we love about him. I think he is trying to prove something, which I hope all of our guys are. He just needs to work on some little things and owning his space a little bit more out there and staying focused through 90 minutes but it is clear that he is one of the most dangerous players for us on the field right now.”

Jamaican international forward Junior Flemmings opened the scoring in the 16th minute, making multiple cutbacks running at a defender and slotting a shot past the goalkeeper with poise for his first goal of the United Soccer League season.

“This is my first 90 minutes after being out for 7 1/2 months so I just want to give thanks,” he said. “It has been paying off in training and ultimately came off in the game so I’m actually grateful for the first goal of the season.”

Orlando City equalized in the 34th minute while New York played down a man due to injury.

Red Bulls II took the lead just before halftime as Bezecourt scored a right-footed strike that snuck past the goalkeeper.

“That was really tight, just above the box,” the former St. Francis Brooklyn College standout said. “Justin Bilyeu played me a great ball to my feet and I saw the guy coming from behind me so I took a touch, tried going to my right and I hit it with my right foot and I got lucky enough to put it into the corner. Good ball from Bilyeu, pretty good finish from me. I’m happy about the goal.”

David Abidor sealed the deal for Red Bulls II in the 87th minute as Bezecourt took a quick free kick following an Orlando foul, catching the defense off guard with a lofted ball right to Abidor, who tallied his first NYRBII goal. 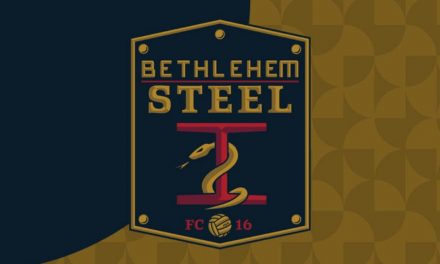 TRYING TO BOUNCE BACK: After home loss, Red Bulls II will try again vs. Bethlehem