Christopher Holly: “I would describe my game as mostly freestyle,” he said. “I don’t really have a set play; I adjust to what my opponent does.” (Photo courtesy of NYC FC)

The Hempstead, N.Y. resident will represent NYC FC in FIFA tournaments and championships across the globe.

Holly has been playing FIFA for 12 years, getting his start on a PS2 and playing for roughly 25 hours a week.

Last month, he ranked third in the FUT Champions Leaderboard (for Americas PS4) with a 191–9 record. In December, he ranked first worldwide with the best performance across the globe, registering a 197-3 record.

Although he was born in the United States, Holly is from Haiti and has lived there for most of his life. After the earthquake in Haiti, he moved back to the nation of his birth and has been living in Hempstead on Long Island since 2010.

“I think NYC FC has some great players such as [Andrea] Pirlo and David Villa. They’re players I used to watch when I was younger so now that they’re in the MLS and in NY, it’s great.”

Holly will play in tournaments worldwide.

“I would describe my game as mostly freestyle,” he said. “I don’t really have a set play; I adjust to what my opponent does.

“For people who want to get better at FIFA, my advice is to keep practicing, watch videos of other pro players to see what they do and try to implement that in your game.” 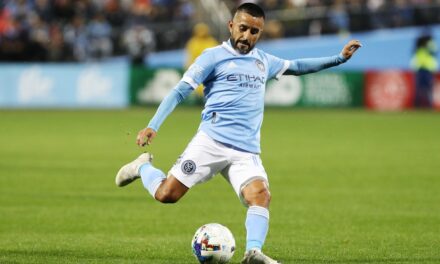