MAC THE KNIFE: McNamara comes off the bench, cuts through SJ defense for the game-winner 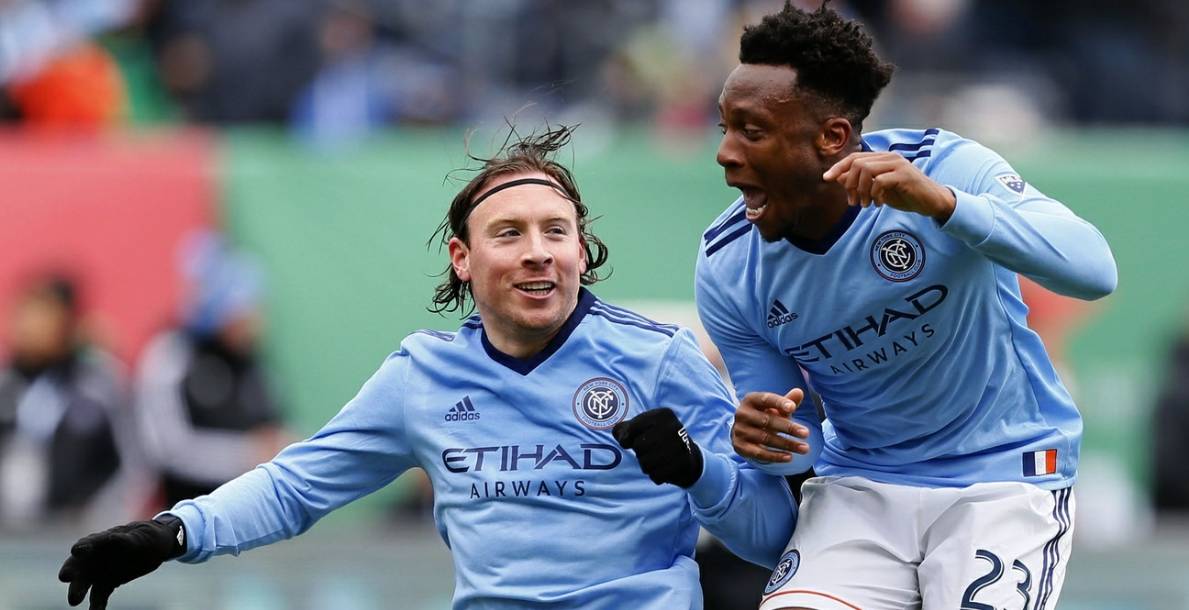 BRONX — When opportunity knocks, you got to grab it by the horns. Or in Tommy McNamara’s case, a nice swift kick by his left foot worked quite nicely Saturday night.

The West Nyack, N.Y. midfielder made the most of his opportunity by connecting for the winning goal in New York City FFC’s 2-1 victory over the San Jose Earthquakes at Yankee Stadium.

Not too shabby for someone who entered the game with all of 48 minutes under his belt this season.

“Whenever you are on the field, it’s an opportunity,” McNamara said. “Whether you’re starting, starting for 10 weeks in a row or you’re just coming off the bench and you haven’t played this season, it’s always an opportunity. It’s always [important] to make an impression within the coaching staff, within the club. But the most important thing to do whatever the team needs at this moment.”

Due to City’s talent glut at midfield and the front line, the 26-year-old McNamara has been forced to battle for playing time. This, after a season in which McNamara started 28 out of a possible 34 matches (played in 30) while scoring five goals and setting up nine others.

He hasn’t complained, according to head coach Patrick Vieira, just worked harder in an attempt to convince the coaching staff he belongs in the Starting XI.

“I always love Tommy, not just as a player, but as a person,” Vieira said. “He has been a professional and his work ethic has not changed in training at all. Even more he wanted to show me that he deserved to be on the field and that why I like him. That’s what I appreciate about him.”

With McNamara relegated to the bench, at least for the beginning of the season, Vieira made sure that his midfielder understood the situation.

“Players need to understand that yes, it’s tough, it’s difficult, but there’s a competition at the end of the day,” the coach said. “Wrongly or rightly, I have to make a decision and sometimes I make it right, sometimes I make it wrong. Tommy’s attitude has been fantastic. It has been really good. Of course, I had a conversation with him because of the way he played last year. this game we had a conversation with RJ [Allen] and the same way because they deserve the respect I have to build because they are giving everything to the football club.”

So, McNamara made the most of his limited playing time Saturday as Vieira brought him into the match a little after the hour.

Asked what words of wisdom Vieira told him, McNamara replied, “It was to be slightly more offensive and to push and get a goal. You know we want to get three points at home, that is what we need to do every game when we’re playing at home and so that is what I was looking to do, to be solid with the ball, to get myself forward trying to create things, and try to get myself into place where others are creating for me.”

Which did, quite nicely.

Four minutes after replacing Andrea Pirlo in the 63rd minute, McNamara took reminded everyone how offensive he could be, finishing off some nifty passing by his teammates. It went from Andrew Callens to David Villa to Ronald Matarrita and finally to McNamara, who slotted home 15-yard shot to break a 1-1 deadlock in the 67th minute and his first goal of the season.

“It was a great build up down the left side, and I just remember thinking to myself just get into the box, get myself free and into a good area,” McNamara said. “When the ball broke through with Mattarita and he got in behind I was just hoping he would cut it back to me and he did and played a perfect ball to me and I just made sure to keep it on frame because the goalie was a little bit out of the equation at that point.”

Several questions at Vieira’s postgame conference were about McNamara, which elicited a response from the head coach that broke up the assembled media.

“I am going to have to start him next week,” Vieira said.

In the 80th minute, San Jose’s Victor Bernandez paid McNamara back for the goal with a red-card trip, forcing the Quakes to play the rest of the match down a man.

“It stung,” McNamara said of the hard foul.

But not as much as his goal stung the Earthquakes. 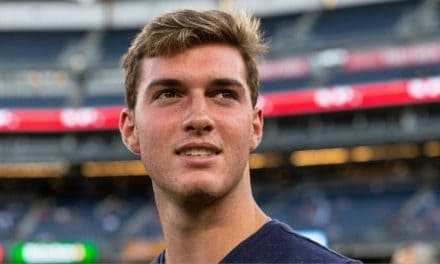 SETTLING IN: Scally talks about his goals, first days at Borussia Moenchengladbach 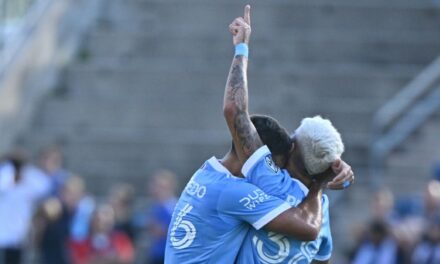 FROM ONE EXTREME TO ANOTHER: NYCFC ends miserable defensive streak with a clean sheet 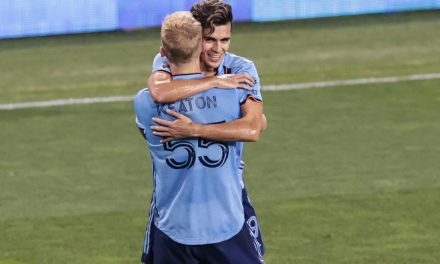