BROOKLYN, N.Y. — The less said about the Cosmos’ home opener, the better.

In their first game at MCU Park since Rocco B. Commisso saved the team from oblivion during the winter, the Cosmos went down to a 3-0 defeat to Miami FC at the minor-league baseball park in Coney Island Saturday night.

Miam, which scored three goals in the second half, recorded its first win over the Cosmos.

“We played very well tonight,” Miami head coach Alessandro Nesta said. “There is not much more to say. We out played the Cosmos and got our first win against them.”

The match opened with a cracking start as both sides produced scoring chances in the first 10 minutes.

Miami forward Jaime Chávez put a shot on target that was saved by Cosmos goalkeeper Jimmy Maurer in the second minute. Former New York City FC midfielder Kwandwo Poku followed that up soon after with a chance of his own that missed just left. The 10th minute saw Stéfano Pinho create space at the top of the box, only to have his shot blocked.

The Cosmos pushed back, taking control of the proceedings, creating three dangerous opportunities over 15 minutes.

Later in the half the visitors almost found the net twice.

Chávez found himself 1 v 1 with the Maurer in the 34th minute only to be brought down in the box and awarded a penalty kick. Richie Ryan hit his shot high and to the left.

Six minutes later Chávez once again was in the middle of the action, this time as a creator. He fired in a low cross across the box to a streaking Pinho, who put the ball in the back of the net before an offside call nullified the score.

Miami broke the deadlock in the 51st minute with a bit of brilliance from former Cosmos midfielder Michael Lahoud and Dylan Mares. Lahoud powered a cross-pitch ball that took one bonce in the box, setting up well for Mares. Mares hit the ball off the volley and scored for a 1-0 lead.

The 67th minute saw Vincenzo Rennella put the club up by two. He received the ball down the left wing and fired a dangerous ball across the face of goal. As it zipped through, Cosmos defender Ryan Richter stuck out a foot, deflecting the ball into his own goal.

The nail in the coffin came in the 71st minute. Mason Trafford put a ball over the top from inside Miami FC territory towards Pinho. A Cosmos defender failed to make a tackle as the ball landed right at Pinho’s feet. He dribbled around the onrushing Maurer and scored his first goal in a Miami FC uniform. 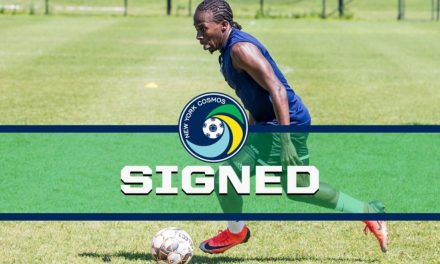 SURPRISE OPPORTUNITY: Shavon John-Brown, playing for Grenada in Nations Cup, gets a chance to play for the Cosmos 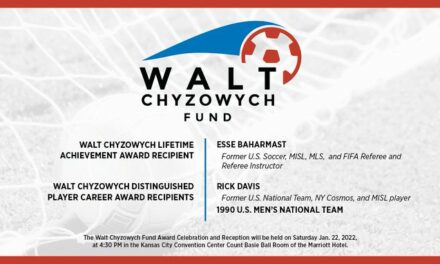