LOOKING FORWARD AND BACK: Petke says he was never told why he was fired as Red Bulls coach 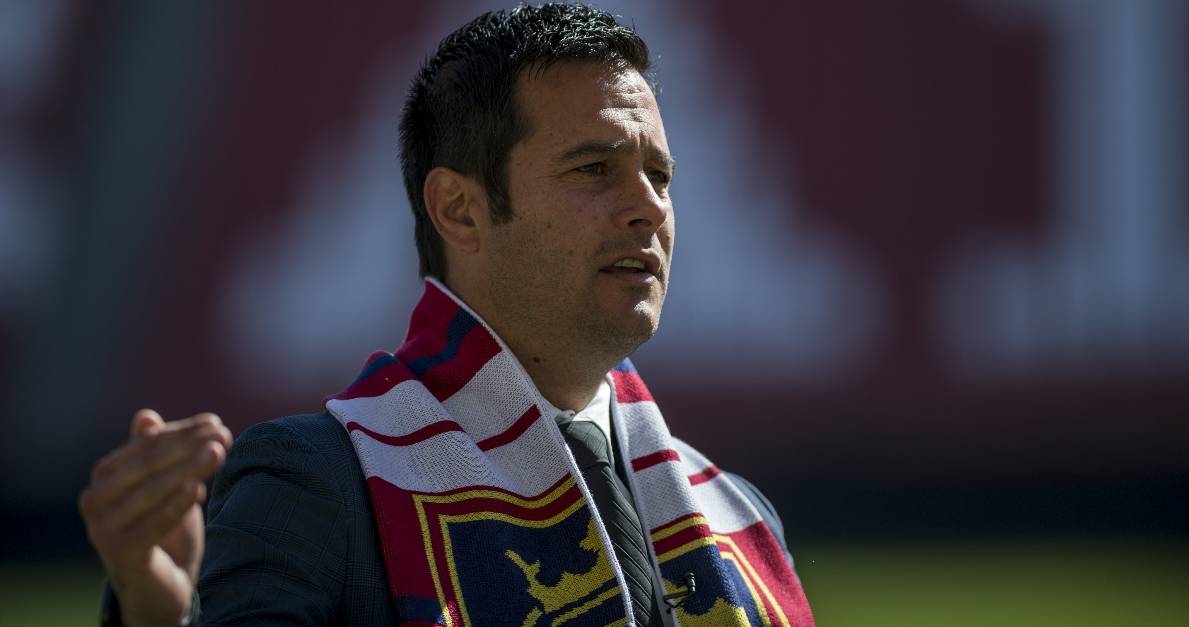 Mike Petke: “You mean, why was I fired? You can say it. Two years of therapy, I’m over it, all right?”  (Photo by Robert Hitz/RSL)

A little more than two years after he was given the boot by the Red Bulls, Mike Petke says he has gotten over the surprise firing, although he claims he was never given the reason he was sacked.

During his introductory press conference as Real Salt Lake head coach Wednesday, a reporter asked Petke about him getting the axe from then New York sporting director Ali Curtis (he recently was let go by the Red Bulls).

“You mean, why was I fired? You can say it,” Petke said at Rio Tinto Stadium in Sandy, Utah. “Two years of therapy, I’m over it, all right?”

There was laughter were from the audience.

Emotionally, the 41-year-old Petke can live with the decision, but he admitted that he still does not know the exact reason as to why he was let ago after a season in each the Red Bulls were only a goal away in the Eastern Conference finals from securing a spot in the 2014 MLS Cup.

“I was never given a reason to this day,” he said. “The reason was verbatim. I was told a change was needed to be made and it needed to be made now, rather than later. I never got an answer. Even though I begged for it to make me better as a person, as a coach to hear why, I can take it.”

“I was never given a reason,” Petke said. “That’s in the past. Life is about moving forward and new opportunities. It brought me here. I couldn’t be more happy.”

In fact, Petke could not believe he was the head coach of a Major League Soccer team again after getting the pink slip from the Red Bulls in January 2015.

“It amazing,” he said. “When I left New York my next coaching gig was the Middletown Lightning red team, Under-12 team. It was a couple of months after I left Red Bull.

“Life is crazy. I don’t know how much I believe in karma or what comes around, goes around, all those sayings. It’s amazing that I am sitting up here with these individuals. I couldn’t be more excited about the future of this organization.”

While he is looking to the future, Petke certainly won’t forget the past. He admitted he is a creature of the East Coast. The native of Bohemia, N.Y. on Long Island eventually moved to New Jersey where he settled down with his wife Kimberly.

“I’m an East Coast guy, born in New York,” Petke said. “My wife converted me to Jersey, which my family never forgave me, still. But I’m an East Coast guy. We have a house there and we’re going to keep that house. That’s where I’m from. I put a lot of value in that. Where you’re from doesn’t define who you are, but it has a lot to do with who you are as a person and the more that you show passion for that area and your love for that.”

Sports can give athletes many life lessons. One that Petke has learned that one day a player is elbowing you on a set piece and years later he is one of the people charged with a job you have expressed interest. That would be RSL general manager Craig Waibel.

“Craig used to elbow me when I marked him on corner kicks,” Petke said. “So, the fact that he’s my boss now is amazing.” 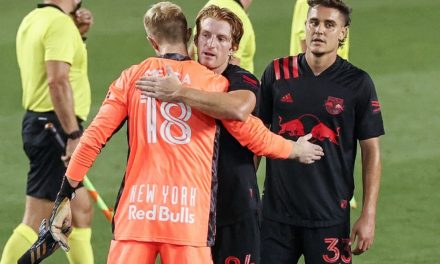