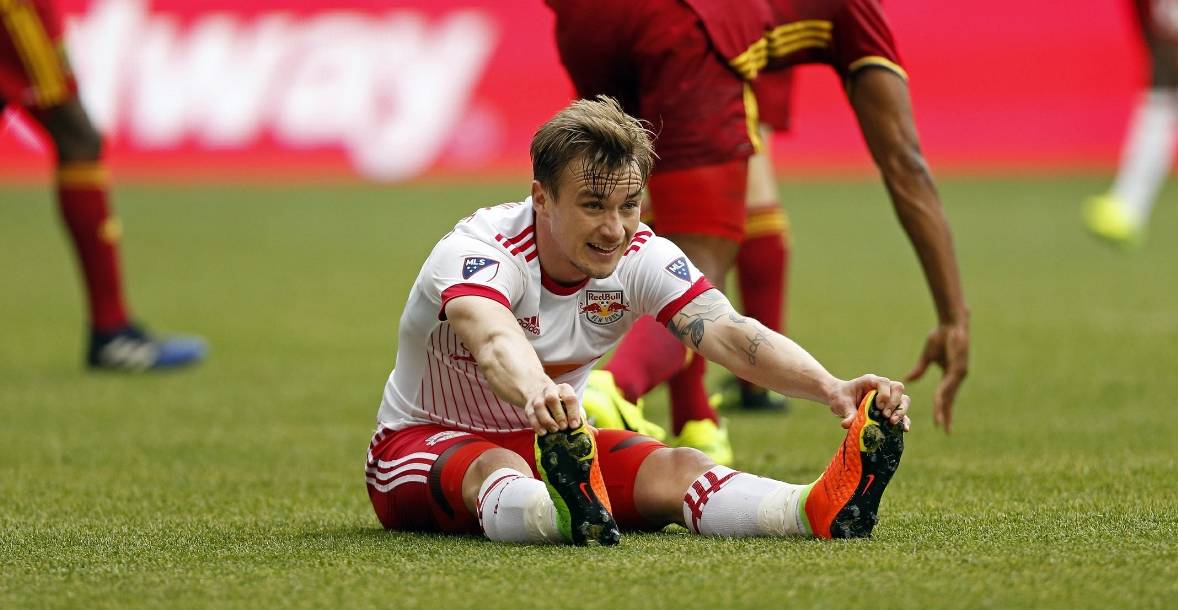 HARRISON, N.J. — The Red Bulls can only kick themselves for their scoreless draw with Real Salt Lake Saturday.

RSL, after all, had an interim head coach in charge, Daryl Shore, after Jeff Cassar was fired Monday.

The Red Bulls were missing playmaking midfielder Sacha Kljestan, off with the USA for World Cup qualifying, but head coach Jesse Marsch had a full complement of players from which to choose.

The game turned more cynical as it went on as referee Chris Penso handed out six yellow cards, including five to the visitors in the second half.

The Red Bulls were sluggish in the early going and it showed.

In fact, RSL found itself with a three-man break in the eighth minute, but could not convert. Sebastian Saucedo whacked a shot off the left post. Luke Mulholland eventually found the rebound and fired a an attempt that midfielder Tyler Adams, standing at the right post, cleared off the line.

New York finally got untracked and started to find gaps in the RSL defense.

Taking a lead pass, forward Fredrik Gulbrandsen got a step on defender Chris Schuler, rambled into the penalty area, only to fired his 12-yard shot over the crossbar.

The Red Bulls continued their mastery in the second half, but still could not covert.

Listen to this frustrating three-minute sequence:

In the 79th minute, a Daniel Royer right-wing cross skipped past Wright-Phillips in the penalty area.

In the 80th minute, BWP powered a shot that goalkeeper Matt VanOekel punched away for a corner kick. Nothing came of that corner.

And in the 81st minute, Wright-Phillips broke into the box past an onrushing VanOekel. With only one man to beat, Aaron Maund, the Red Bulls striker lost his balance in the area.

Alex Muyl had one final chance in stoppage time, but VanOekel save his 18-yard effort. 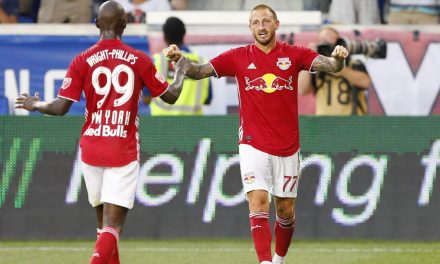 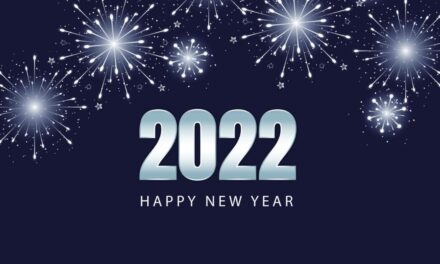 HAPPY NEW YEAR!: From the staff of FrontRowSoccer.com