TYING ONE ON: NYC FC can’t hold lead in 1-1 draw with Impact 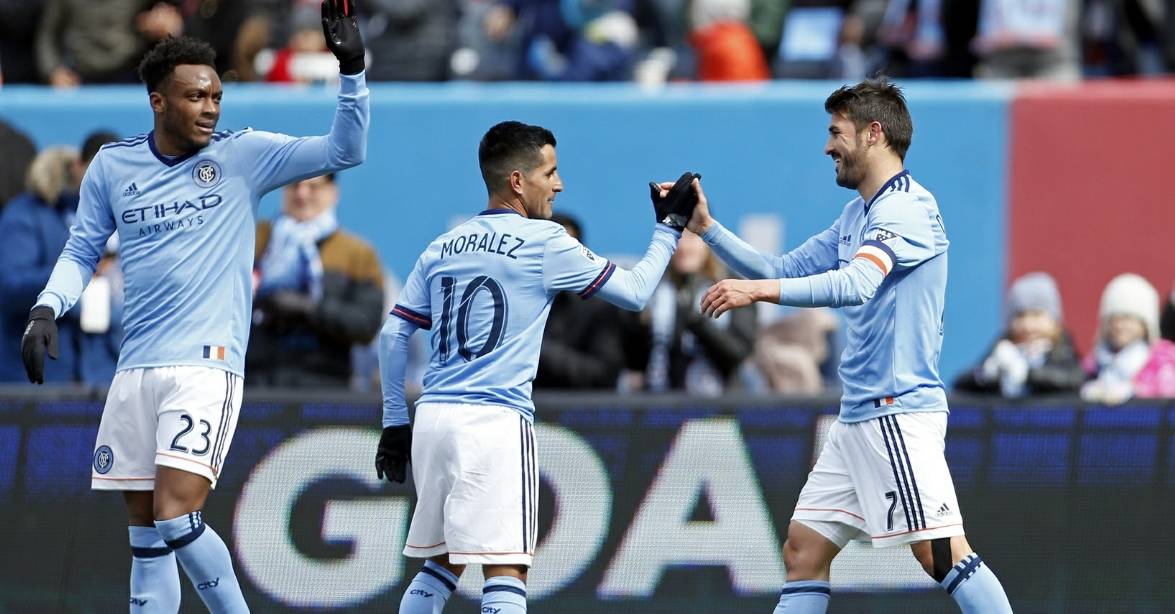 BRONX — New York City FC could not hold onto a second-half lead and wound up setting for a disappointing 1-1 draw with the Montreal Impact at Yankee Stadium on a miserable rainy Saturday afternoon.

Forward Rodney Wallace, an offseason acquisition who can play any position on the left side, continued his impressive start to the season by giving the Blues the halftime lead.

The first half was not much to write home about as both teams had trouble getting shots on target.

David Villa, as active as ever, tried to play playmaker three minutes into the match as he worked hard on the left side to send a cross into Jack Harrison into the middle of the box. Harrison, however somehow booted a six-yard sitter over the net.

The hosts finally forced goalkeeper Evan Bush to touch the ball in the 32nd and 35th minutes. First, Bush denied Wallace from the left side and three minutes later he had not trouble gathering in Alexander Callens 16-yard effort.

Oduro came close to putting Montreal on the board in the 29th minute when his volley sailed wide right.

The best action of the half came in the final couple of minutes.

Wallace notched his second goal in three games as he cleaned up a rebound of a Ring shot that Bush knocked away from point-blank range in the 44th minute.

Off the ensuing kickoff, the Impact almost caught City napping as Ignacio Piatti drilled a shot off the right post in the 45th minute and only seconds later Oduro fired an attempt that Johnson saved to preserve the halftime lead.

Wallace tried his best to give the Blues some breathing room during a 65th-minute fastbreak but midfielder Maxi Moralez, from the middle of the box, fired the Costa Rican’s left-wing feed wide right of the net.

City paid dearly for that miss only minutes later as Oduro struck. Oduro beat Matarrita, chested down a Patrice Bernier feed and sent it past Johnson for a 1-1 deadlock in the 68th minute for his first goal of the season.

That goal seemed to take something out of NYC FC as Montreal started to control more of the play.

Matteo Mancosu nearly put a resurgent Impact side into the lead in the 74th minute as he knocked his shot barely wide right. 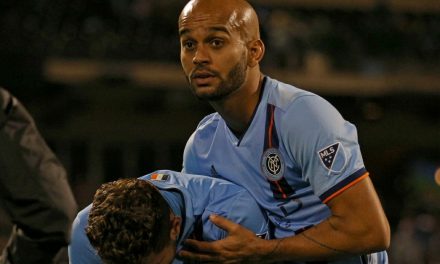 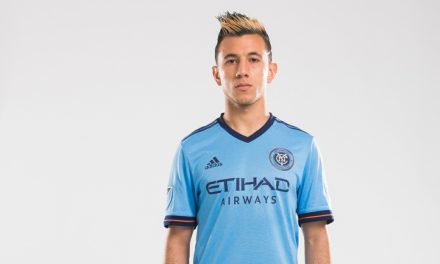 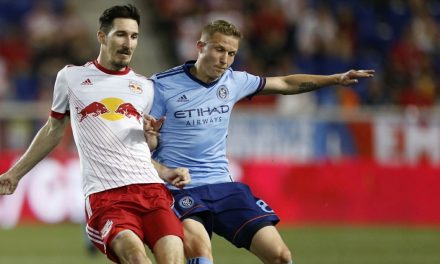 HUDSON RIVER DERBY, ROUND 8: Will NYCFC be seeing red or will the Red Bulls be feeling blue? 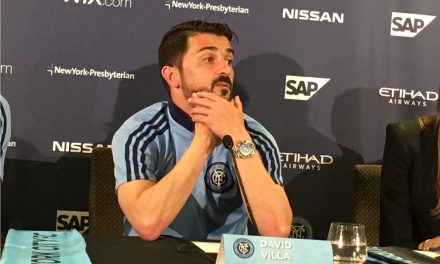 A NEED TO BOUNCE BACK: NYCFC can’t afford to leave points on the table again at home