CHICAGO – The U.S Under-20 Men’s national team Wednesday was drawn into Group F with Ecuador, Senegal and Saudi Arabia for the 2017 FIFA U-20 World Cup in the Korea Republic.

“We are proud to have earned a group top seed for the 2017 U-20 World Cup,” U.S. U-20 head coach Tab Ramos said in a statement. “As CONCACAF champions and 2015 U-20 World Cup quarterfinalists, we have put ourselves in a great position for this tournament. Our Youth National Team Program has been on an upward trend and we need to continue to push forward in [the] Korea Republic. This was a difficult draw, but we are ready for the challenge. Our plan is to treat each game like a final, so our preparation now shifts to Ecuador.”

The FIFA U-20 World Cup runs May 20-June 11 in six cities throughout South Korea: Cheonan, Daejeon, Incheon, Jeju, Jeonju and Suwon. Twenty-four countries will participate. The top two teams in each group, as well as the best four third-place teams, will advance to the Round of 16 on May 30, May 31 and June 1.

The U.S. enters the World Cup after winning the 2017 CONCACAF U-20 Championship for the first time. The Americans finished 2-1-0 in the group stage, finishing second in Group B to Panama, to earn one of the six spots in the classification stage. In its two classification stage matches, the U-20 MNT defeated Mexico 1-0 and locked up a spot in the World Cup with a 2-1 victory against El Salvador behind a game-winner from midfielder Eryk Williamson. In the Final, the U.S. defeated Honduras, 5-3, in a penalty kick shootout after ending full time scoreless.

Most recently, at the 2015 FIFA U-20 World Cup, the USA drew a difficult Group A that included host New Zealand, Myanmar and group winner Ukraine. The U.S. finished second with a 2-1-0 record and advanced to the knockout round. The U.S. defeated Columbia 1-0 in the Round of 16 before losing to eventual World Cup winner Serbia 6-5 on penalty kicks in the quarterfinals after a scoreless draw.

Senegal: The African country makes its second U-20 World Cup appearance, its first coming in 2015 en route a 2-3-2 record. After advancing out of the group, Senegal continued its underdog run with a win in penalty kicks against Ukraine in the Round of 16, followed by a 1-0 quarterfinal victory over Uzbekistan. Senegal’s magical run came to an end in the semifinals, where it lost to eventual runner-up Brazil.

Saudi Arabia: The Middle Eastern team earned its eighth U-20 World Cup berth and first since 2011. The team’s best finish came in 2011, when they moved out of the group stage before falling 3-0 to Brazil in the Round of 16. In their seven tournament appearances since 1985, the Saudi Arabians have posted a 4-12-6 record in 22 matches. 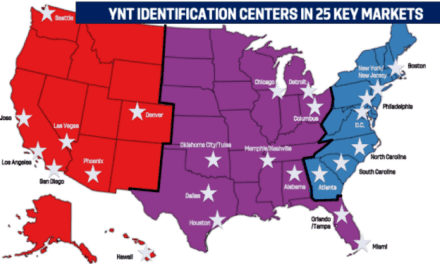 IN SEARCH OF TALENTED PLAYERS: U.S. Soccer to launch U-14 talent ID program

RECORD SETTERS: USA women roll to 20-0 win in U-17 WCQ win over Grenada