New York Greek Americans signaled a likely turnaround for the club after a disappointing fall by scooping two titles at the CSL’s traditional pre-spring Indoor Championships in Waldwick, N.J., last Sunday. The Greeks made off with the Over-30 and Open division silverware.

Cedar Stars were the other big winners, denying NYGA a probable hat-trick at the SuperDome Sports Complex with a 1-0 victory over NYGA in the Premier Division semi-finals.

Cedar went on to lift the Premier title after a 2-1 triumph over FC Motown of the Garden State Soccer League in the final.

Player-coach Jimmy Shalom was the Greek hero in the club’s Over-30 success with five regulation time goals en route to the title.

He was joined on the score sheet by Leo Gkoros in the 2-0 blanking of Hoboken FC in NYGA’s opener.

The Greeks succumbed 2-0 in Game Two to Manhattan Kickers, but a Shalom hat trick in a 4-0 drubbing of Barnstonworth Veterans in Game Three propelled NYGA into the semifinals of the eight-team competition.

Player-manager Tom Bouklis was the other Greek scorer.

Against Mr. Dennehy’s in the last four, Mauricio Turizo scored for NYGA in a 1-1 regulation time draw. The Greeks prevailed 2-1 on penalties with Turizo and Shalom on target in the shootout.

The final was a rematch of NYGA’s group loss to Kickers. They got payback, thanks to a Turizo brace in a 3-2 decision. Those were the only goals conceded by Kickers in the Over-30 competition.

Peter Nikolakakos, who later helped coach the Greek Open team to success, was a part of the triumphant Over-30s. “The coach did a great job and [we] played a great tournament as well. We worked hard and played like a team — it was a great day for the Greeks.”

The NYGA veterans were competing in the Over-30 tournament for the first time in more than six years.

“This has been a very busy rebuilding year and we have lowered the average age from close to 40 two years ago to well below 35 or 34 today,” Bouklis said. “This has obviously added some speed and fitness to the squad.”

He’s delighted at how the team is shaping up. “I can say we are extremely happy with the group that is coming together, all from personal relationships and the team is bonding quite well. [They’ve] began training once to twice a week which also wasn’t done in the past.

“We expect this squad to stay together for the next few years and are currently on a trial basis only for the Over-30 as compared to before. Our roster has 30 signed players not including some Over-30 options from our first team,” said Bouklis.

Khouri Mullings, Richie Webb, Nick Bill and Andy Stern were among the scorers as Manhattan Kickers stormed into the Over-30 final without conceding a goal.

In addition to that earlier 2-0 defeat of the Greeks in group play, Kickers had hammered Barnstonworth Veterans 4-0 and blanked Hoboken 3-0 in their run to the final.

BW Gottschee were edged 1-0 in the semis.

Spring Street FC of the NJSL were last year’s Over-30 indoor champions. They also beat Lansdowne Bhoys 3-2 in the final.

They started with a 1-0 win over Beyond FC on Mario Gagliano’s strike from a corner. Gagliano would tally twice again – both goals coming in the 8-0 shellacking of Manhattan Kickers in Game Two.

With qualification to the quarterfinals guaranteed, NYGA’s Open side could afford to drop a 2-1 decision to Williamsburg International FC. Marcu was on target in that game.

Marcu would bang in two more, while Trivino had the other goal in a 3-2 decision over Kelmendi in the last eight.

Then came Marcu’s tour de force in the semis. His hat trick and Ramirez’ strike secured a 4-0 drubbing over Richmond that put the Hellenic side in the Open final.

The final went to form with Ramirez and Trivino firing NYGA to 2-0 win over Woodbridge in the final.

Said coach Nikolakakos: “Every single player had a great tournament and they worked extremely hard and deserved to win. The best part was they were having a great time doing it while keeping the intensity extremely high.

“I was very proud of all the boys not only on the field but after the game they came and supported the Over-30 team and rooted us on.”

Sixteen teams, divided into four groups of four, competed in the Open Division.

The run started with a 2-1 victory over Hoboken, with Chronis, a former Pancyprian Freedoms ace, and Jordan Ayris scripting the result.

Their semifinal berth assured in the eight-team competition, Cedar took their collective feet off the pedal and slipped to 2-0 to Motown in a Game Three of academic importance.

A final four clash with Greek Americans may well have been the putative final.

“Chronis, Castellanos and Ayris scored one goal apiece in our 3-0 victory against the revamped and, in my opinion, favored to win it all Greek American squad,” Cedar club owner-coach Oliver Papraniku said.

Against Motown again in the final, Cedar would trail before Chronis and Ayris connected to secure a 2-1 decision and the Indoor Tournament’s biggest prize.

“Motown blanked us 2-0 in the group stages, so it was great to beat them in the finals and avenge our loss against them!” exclaimed Papraniku. “Their keeper Duggan was unbeatable and we were fortunate to have squeaked two goals past him in the finals.

“They were a very tough opponent and we were fortunate to come from behind against such a great and well coached team.”

Sacir Hot, a former US youth international and Red Bull player, coached Motown in the tournament.

Papraniku hailed Ayris as a key player for Cedar in the final “when inserted after we went down 1-0.”

For the Greeks, their double victory and the Premier team’s good showing were a major boost for a club whose first side struggled outdoors in the fall — winning one game out of 10 played.

“It was a great day for the Greeks,” Nikolakakos said. “We put in a great showing and I think come [the spring season], you are going to see the high level championship Greek American team that the league expects from us and has seen in the past.” 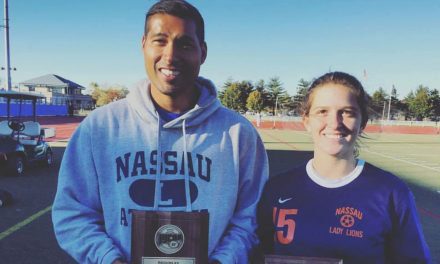 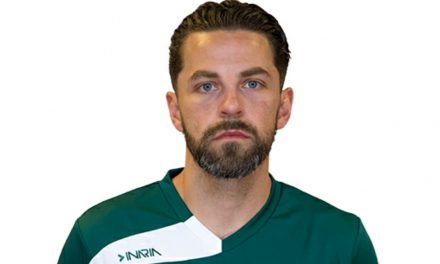