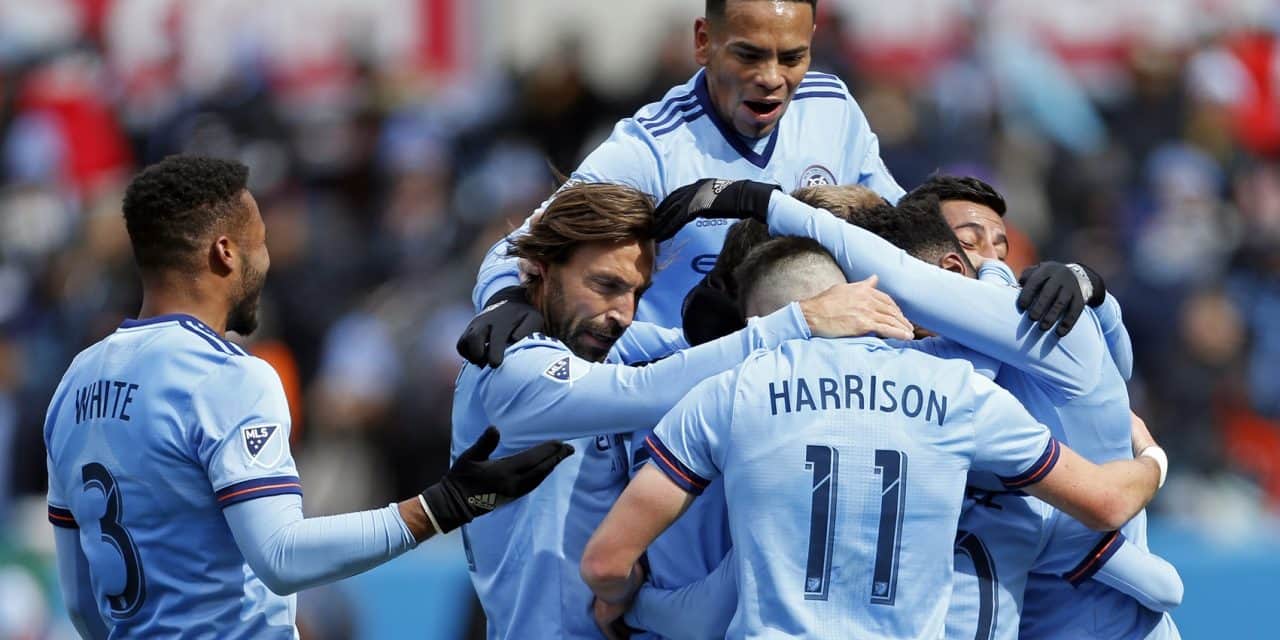 BRONX — After a frustrating and disappointing start to their Major League Soccer season last week, David Villa and his New York City FC teammates made sure they left little doubt they are in this for real Sunday.

With the Spanish international scoring two goals and setting up a third in a classy performance, City rolled to a 4-0 victory over an overmatched D.C. United side in its home opener at Yankee Stadium.

It did not take long for NYC FC to strike for its first goal of the season as Wallace, a Costa Rican international winger, found himself in the right place at the right time.

Jack Harrison clanged a shot from  the right flank off the post that bounded to Wallace and the City newcomer had plenty of space to slot home the rebound past goalkeeper Bill Hamid for a 1-0 advantage in the eighth minute.

D.C. thought it had equalized in the 11th minute on a goal by former Red Bulls midfielder Lloyd Sam, but it did not count due to an offside call.

Not satisfied with a one-goal lead, City kept on pushing forward and found itself with an excellent opportunity via a three-man break in the 21st minute, but Wallace’s left-wing cross intended for Villa turned out to be a poor effort and broken up by the United defense.

Wallace, though, made up for his error in the 28th minute as he lofted a cross from the left side that found the head of Villa and the 2016 MLS MVP nodded it home into the right corner for a 2-0 margin.

In the 39th minute, it was Villa’s turn to be a playmaker as he fed Moralez just outside the penalty area and the Argentine midfielder sent a low shot from the penalty-area line into the lower left corner for a stunning 3-0 bulge.

City took its foot off the pedal in the second half as United tried to make a game of it.

The visitors dominated possession and created several dangerous opportunities, but Johnson was up to the task and then some.

Johnson frustrated Patrick Nyarko three times during a 16-minute span. First, he produced a kick save on a Nyarko shot two minutes two minutes into the half before denying the forward with his feet again on the left side of the box in the 62nd minute. Barely a minute later, Johnson caught Nyarko’s header at the far left post to preserve the clean sheet.

Before he was replaced by Sean Okoli with 13 minutes remaining in regulation, Villa made himself felt again, with a spectacular goal. He latched onto a Moralez pass, bolted down the left flank and with Steve Birnbaum marking him, drilled a shot from a difficult angle over the right shoulder of Hamid for a 4-0 margin in the 75th minute. 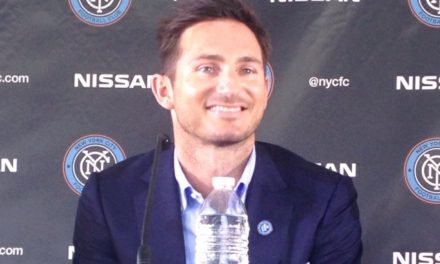 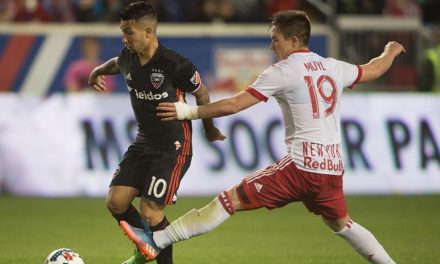 THEY’RE BACK: Matarrita, Lopez, White eligible to play for NYCFC

PLAY ON: It’s official: Cosmos will begin play in NISA this fall