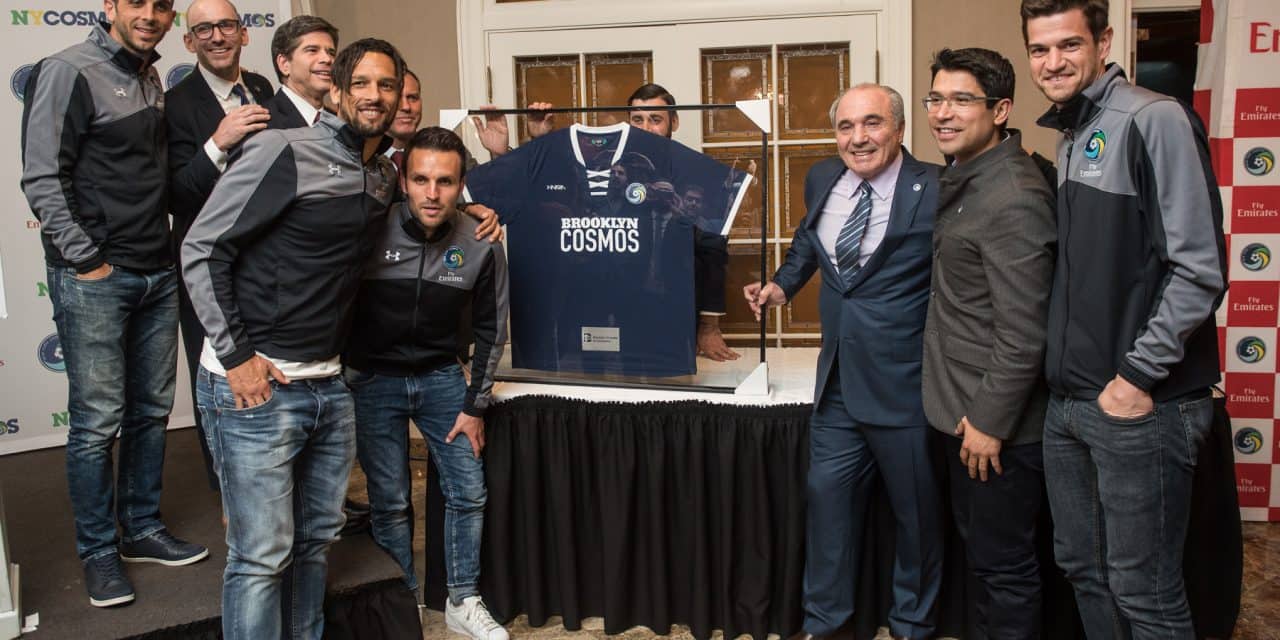 Cosmos players and new owner Rocco B. Commisso were welcomed by Brooklyn officials to their new venue and home. (Photo courtesy of the Cosmos)

The Brooklyn Chamber of Commerce and Alliance for Coney Island Monday night welcomed the Cosmos to their new home at MCU Park.

More than 500 guests showed up the legendary Gargiulo’s Restaurant (across the street from the stadium) as players and staff, elected officials, local business owners and fans gathered to applaud the soccer team’s arrival and new leadership under chairman Rocco B. Commisso.

“Great soccer, great chicken parm and a great view of the Cyclone – it doesn’t get much better than this,” Brooklyn Chamber of Commerce president and CEO Andrew Hoan said. “We are so excited to officially welcome the N.Y. Cosmos to Brooklyn and Coney Island’s MCU Park, and so pleased for the extra kick they’ll bring to Brooklyn’s economy.”

Added Executive Director of the Alliance for Coney Island Alexandra Silversmith: “We are excited to have the New York Cosmos joining us in Coney Island and adding to the slate of exciting activities and events in Coney Island. Days after the first Cosmos game in Coney Island, the amusements will officially open for the 2017 season on April 9th! We invite all Brooklynites and New Yorkers to visit us this summer and enjoy all we have to offer.”

The dinner and reception included gifts for the Cosmos and several elected officials praising Commisso, the founder, chairman and CEO of Mediacom Communications Corporation, for a great job rebuilding the organization. After playing a video of the soccer team’s heritage, which included stints at Yankee Stadium in 1971 and 1976, Commisso addressed the crowd — reiterating his personal history with the sport which began as a young boy in Calabria, Italy.

“With our move to MCU Park in Brooklyn, we are returning America’s most iconic soccer team to the New York City roots where it all began in 1971,” Commisso said. “Combining the excitement of Cosmos’ matches with the vibrant atmosphere and accessibility of Coney Island is a win-win for soccer enthusiasts throughout the metropolitan area. The April 1st home opener will mark the start of a new era in the storied history of our club, and promises to be a special occasion for everyone who attends.”

“We are thrilled to be moving to our new home in Brooklyn,” he said. “The two previous matches our club played at MCU Park were a huge success, and I know Cosmos fans of all ages will enjoy everything that Coney Island has to offer.”

The Cosmos, who open their season at Puerto Rico FC March 25, will host 16 regular-season North American Soccer Leagues games this year, beginning with the home opener on Saturday, April 1 at 7:00 pm against Miami FC. 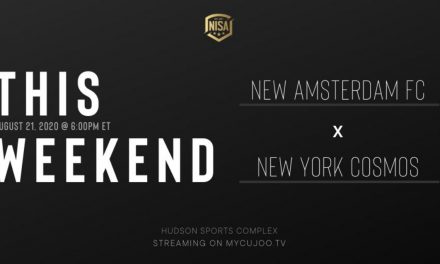 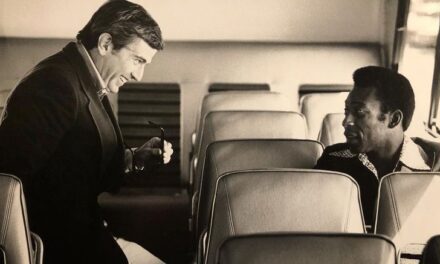 NO SPRING SEASON: Cosmos must wait for fall NISA season 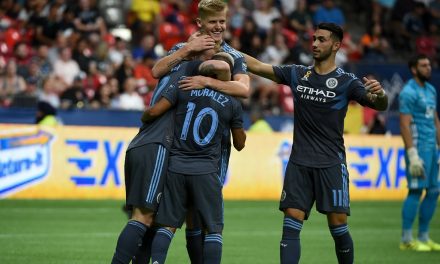