OFFSIDE REMARKS: 8 questions the Red Bulls must answer for 2017 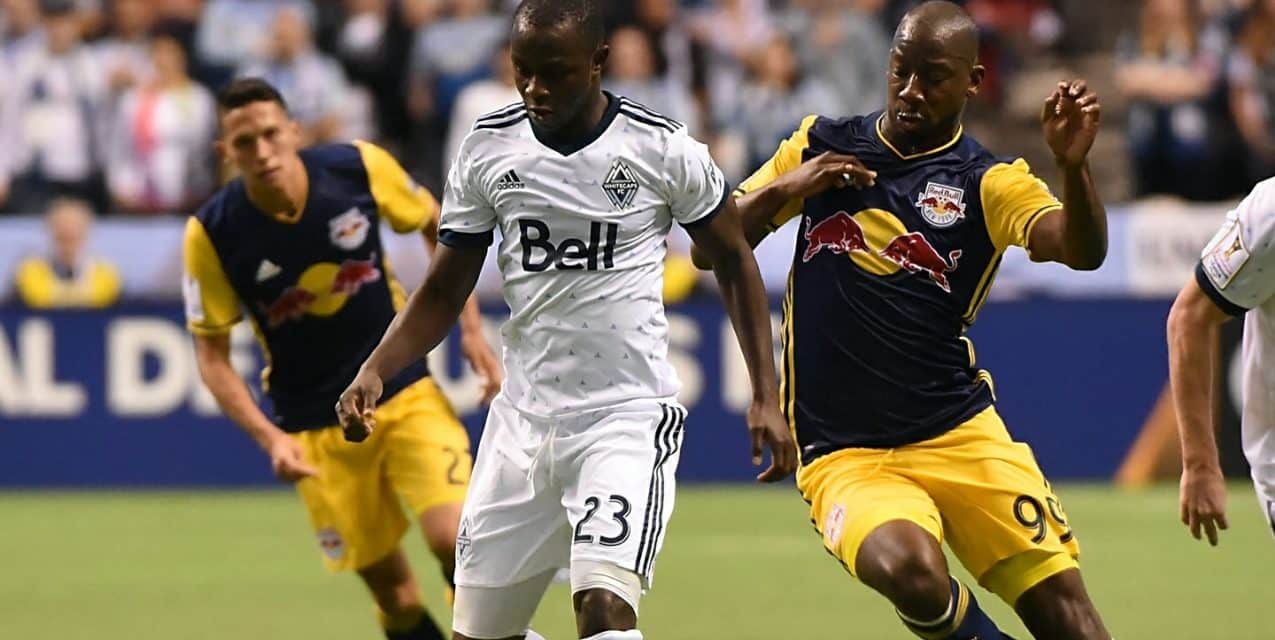 The Red Bulls kick off their 22nd season at Atlanta United Sunday, perhaps with more questions than answers.

Given their disappointing start to the year in the CONCACAF Champions League — they were shown the door by the Vancouver Whitecaps in the quarterfinals Thursday — they have some work to do.

Among the most intriguing questions that demand answers:

Can the team pull off a fifth stellar season in a row?

Let’s face it. The last four years can be considered the golden age of Red Bulls soccer. Never in the team’s history has it enjoyed so much success during the regular season.

They won the Supporters Shield in head coach Mike Petke’s first year as coach in 2013.

They were a goal away from reaching MLS Cup in their Eastern Conference final aggregate-goals series against the New England Revolution in Thierry Henry’s final year in 2014.

And they managed to secure the Eastern Conference crown after a horrendous 1-6 start last year.

While the regular season should be given its due — that’s where the team forms its personality — it’s the playoffs where teams are remembered.

Translated: the Red Bulls have enjoyed incredible regular seasons that were spoiled by playoff disappointment and failures.

Teams that have enjoyed great runs but have not grabbed the proverbial brass ring have a shelve life.

Case in Point: the Revs from 2005-07. They finished first, second and second in the East while reach MLS Cup, coming up short all three times. New England went through a seven-year drought — including missing the playoffs three consecutive times — before getting back to MLS Cup (where it lost to the LA Galaxy in 2014).

That will be head coach Jesse Marsch’s charge — to make sure his Red Bulls don’t drop off. Sometimes it’s difficult to fight the ability to almost getting there so many times that a team just isn’t the same anymore.

Let’s see if Marsch can prove that theory wrong.

Can the team adapt to a new formation?

Instead of their 4-2-3-1 formation of the past two seasons, they have deployed a 4-2-2-2 forward, using two forwards instead of one. They are still get used to it (as we were reminded by the Vancouver series).

Sacha Kljestan, only one of two MLS players to register 20 or more assists in the season, was literally in the middle of the attack at central mid. This year he has been positioned more on the left flank, although it would not be surprising if he works his way back centrally when the time calls.

If the Red Bulls can’t find the net or struggle accruing points with the system, don’t be surprised if they revert to the single striker set-up.

This is related to the second question. Can BWP work with a partner up front? He essentially has been the lone striker during the previous four seasons and has exceeded all expectations as one of the league’s great goal-scorers of all-time, tallying an MLS-record 68 goals over the past three campaigns.

Of course, that player must score and the Red Bulls win for that strategy to be successful.

While the English forward proven again and again that he can fill the net, the team has lacked someone who can complement and supplement him. If Wright-Phillips can put in, say, 18-19 goals, and a teammate can add 10-12, it will make the Red Bulls more complicated to deal with come the postseason.

How much of an impact can Sean Davis make replacing Dax McCarty? Ditto for Tyler Adams.

Davis was groomed to be the third holding/defensive midfielder last year. He got an opportunity to show the world what he could do on a regular basis when McCarty went down last year and acquitted himself well. He is a different player than McCarty and appeared to run deeper into the attacking zone in the CCL series vs. Vancouver. McCarty used his experience and vision to wind up being in the right place at the right time to either strip the ball away or make himself a nuisance. We’ll see how quickly Davis will learn. His upside is great. Adams, who played so well in the U.S. Under-20 national team’s 1-0 victory over Mexico in the CONCACAF U-20 Championship Monday night, also is expected to contribute when he is not on international duty.

Which other young players will emerge from the pack and make an impact?

With the team deciding to use the fruits of their Academy teams and Red Bulls II labors instead of bringing in big-name Designated Players. Aaron Long, the United Soccer League’s defender of the year with Red Bulls II, started both CCL games and looked impressive. Brandon Allen, the brother of NYC FC defender RJ Allen, was the USL side’s big goal-scorer last season. Can he provide some late-match relief or pop when called upon? Derrick Etienne, jr. the son of the former Haitian international and Long Island Rough Rider, has shown great potential. Can he take a step or two and prove himself over such other veteran midfielders such as Daniel Royer and Mike Grella and another youngster who proven himself last year, Alex Muyl, to get into the Starting XI and make an impact?

Can Gonzalo Veron finally blossom as he did during last season or will be a flop?

You have to wonder if Veron has a dark cloud hovering above him like that character in the old Lil’ Abner comic strip (sorry, I am showing my age). It just seems every time he is about to show his worth, something bad happens to him.

He had a fabulous preseason in 2016 before a hamstring pull sidelined for the start of the regular season. When he finally received an opportunity to play, the Argentine never could find a consistent form. He seemed to be trying too hard at time.

This season, he survived January and February before incurring a leg injury in the 2-0 loss at Vancouver Thursday. If Veron continues to struggle and cannot find his form, you must wonder if he would be jettisoned during the summer transfer window.

Will the team pick up a much-needed Designated Player at the summer transfer window?

And speaking of that window, the Red Bulls can add another DP later this season. If it does happen, it probably will be during the summer.

The team needs someone who can make a difference when crunch time comes during the playoffs, whether it is a midfielder or a striker. A lot might depend on whether Veron can do some damage.

Can the Red Bulls get rid of their aggregate-series blues in time for the playoffs?

Like it or not, they have proven to be great marathon runners, but below-average sprinters. Again, they have put up some gaudy stats during the regular season, but can’t get over the hump when crunch time comes. The Red Bulls seem to make a different mistake every time they compete in a total-goals series that dooms them.

They have eight months to get their act together. Oh, of course, they must make the playoffs first. 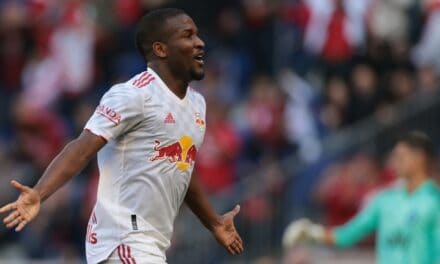 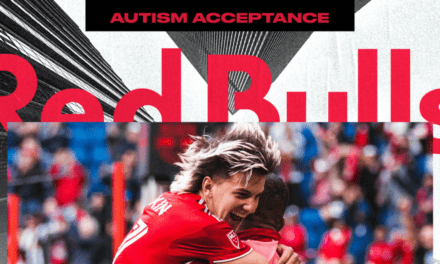 AUTISM ACCEPTANCE MATCH: Red Bulls to hold it on Saturday 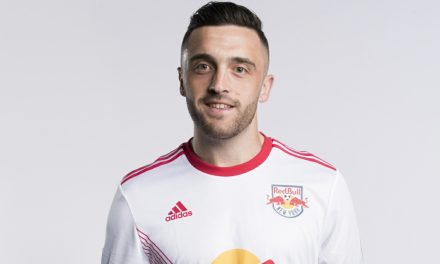 ON TRIAL: Lyon left back training with the Red Bulls