SAN JOSE, Costa Rica — The United States is going to the FIFA Under-20 World Cup in South Korea.

The Americans booked a spot in the competition behind a 2-1 win over El Salvador in the classification round of the CONCACAF U-20 Championship at Estadio Nacional Friday.

They won Group D crown (2-0-0, 6 points) and will meet Group E champion Honduras for the CONCACAF title Sunday, at the same stadium where the U.S. men’s full squad has struggled in World Cup qualifying over the past four years.

Midfielder Eryk Williamson scored one goal and helped set up forward Emmanuel Sabbi’s tally for the U.S., which won its fourth consecutive game after beginning the tournament with a 1-0 loss to Panama in the group stage.

After a well-played opening 45 minutes, the second half turned ugly toward the end as both teams finished the contentious game with less than 11 players. El Salvador left the field with only nine players after Kevin Reyes (80th minute) and Marcos Rodriguez (89th minute) were sent off. Rodriguez was involved in an altercation with U.S. midfielder Sebastian Saucedo, who also saw red.

The Americans connected for both their goals within a seven-minute span to grab a 2-0 lead as a pair of players scored their first goals of the tournament.

Crisp passing led to their first goal in the 18th minute. Luca de la Torre fed Williamson from the edge of the center circle before the midfielder found an onrushing Sabbi, who moved past defender Oscar Menjivar to beat goalkeeper Mario Martinez from 14 yards.

Williamson tallied in the 25th minute as he fired a 25-yard shot that caught the inside of the left post and ricocheted into the net.

El Salvador got a goal back as Marvin Marquez converted Josue Rivera’s left-wing cross past goalkeeper Jonathan Klinsmann from 12 yards in the 35th minute to slice the deficit to 2-1.

NO GOALS, BUT ONE POINT: U.S. ties Japan, but needs to beat Netherlands to advance at U-17 World Cup 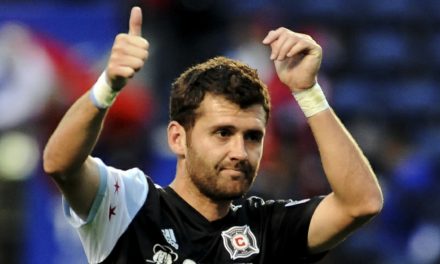