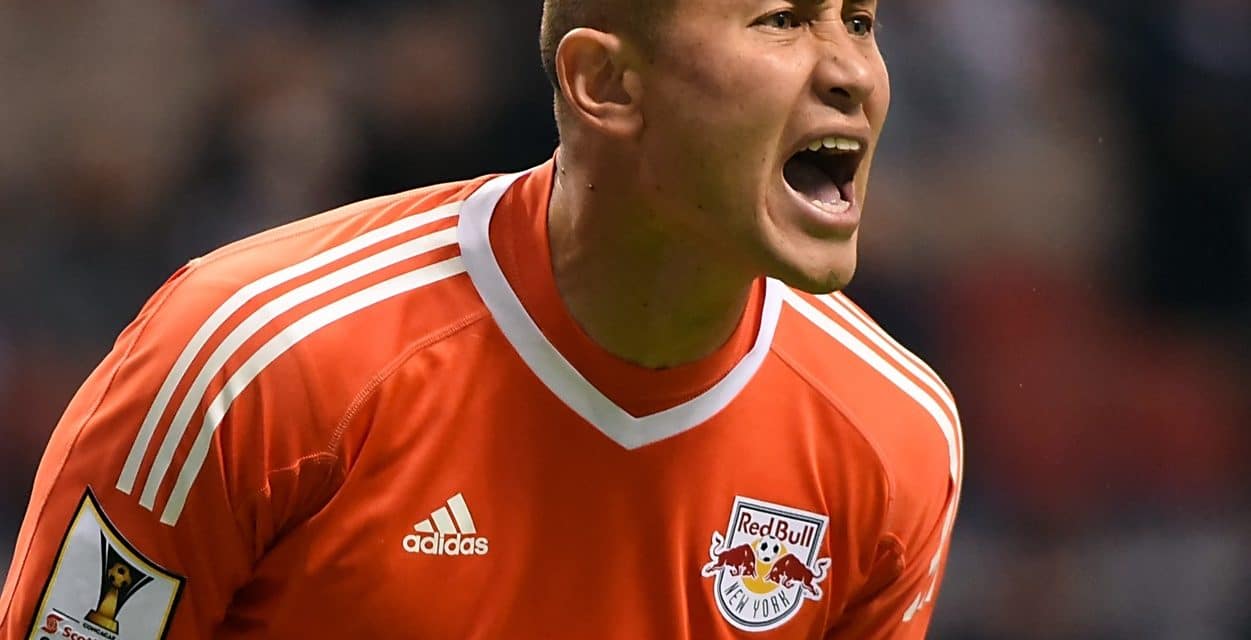 Red Bulls goalkeeper Luis Robles did not look he was having fun in the 2-0 elimination loss to the Vancouver Whitecaps. (Anne-Marie Sorvin/USA Today Photo)

VANCOUVER — Entering their 22nd year as a charter member of Major League Soccer, the Red Bulls have endured more than their share of disappointment and frustration in their endless, sometimes futile pursuit of hardware.

They added another confounding chapter to their history of futility in must-win series Thursday night, getting the boot from the CONCACAF Champions League quarterfinals only three days prior tp season opener.

This time a 2-0 defeat in the second leg was enough to show the Red Bulls the door as they dropped the aggregate goal series, 3-1, after playing to a 1-1 draw at Red Bull Arena last week.

It was the third time in four tries during the tenure of head coach Jesse Marsch that the Red Bulls had lost a total-goals series. The other two occasions came during the 2015 and 2016 MLS playoffs.

Even though the Red Bulls still have plenty of time to determine their 2017 fate, getting eliminated only days before their opening match at expansion Atlanta United Sunday was not what was in their game plan.

Sixteen-year-old Alphonso Davies proved to be the hero for the hosts, scoring one goal and setting up another as the Whitecaps will face Tigres (Mexico) in the semifinals.

“Big disappointment last night,” Red Bulls Felipe said on Twitter. “Not the way we wanted to finish it.Thnks to the fans who came long way to support us. see you all sunday #RBNY”

New York has scored only one goal in its last five CCL away matches.

Vancouver head coach Carl Robinson, who played with the Red Bulls from 2010-11, was pleased with the win.

“There were a lot of very exciting performances,” he said. “I thought we thoroughly deserved the victory. Every player put in a massive shift. Over two legs we probably deserved to go through. Individually some outstanding performances.”

Davies tallied in the fifth minute. His corner kick set up Fredy Montero’s 76th-minute goal only nine minutes after the former Seattle Sounder made his Vancouver debut at B.C. Place, scoring his seventh CCL career goal before 14,183 fans.

Five minutes after kickoff, Davies boosted the hosts into a 1-0 advantage. Marcel de Jong sent a left-wing cross into the area to Davies, who out-maneuvered left back Kemar Lawrence in front of the net before depositing a five-yard shot into the lower near post past goalkeeper Luis Robles for his second CCL goal.

Davies celebrated by jumping over and hitting the right corner flag. He tallied his first CCL goal when he was 15-years-old, scoring for Vancouver in a 2-1 victory over Sporting Kansas City on September 13, 2016.

“He’s good, he has a lot of quality,” Montero said of Davies. “He’s young. We need to take it easy with him. He’s going to get more experience in the games and he just needs to keep doing what he’s doing. He’s working hard in every single training and you can see in 90 minutes today how hard he was running to the back and to the front to defend the team.”

In the eighth minute, the Red Bulls suffered a blow when forward Gonzalo Veron suffered an apparent leg injury and was replaced by Derrick Etienne.

Had it not been for the outstanding play of Robles, the Whitecaps would have enjoyed a an even larger halftime lead.

Robles, in midseason form, denied Kekuta Manneh on a breakaway off as Davies steal from right back Sal Zizzo in the 25th minute and de Jong with a spectacular save in the 34th minute. He extended his right arm high into the air to swat away de Jong’s shot from the left wing.

Montero gave Vancouver some breathing room after replacing de Jong in the 67th minute. Davies’ corner kick was deflected by Red Bulls captain Sacha Kljestan to Montero, who fired a shot from high in the box for a 2-0 lead.

“I feel so blessed to have the opportunity to score with my first touch,” Montero said. “It’s always good to [score right away]. It takes some pressure of your shoulders. Everyone was expecting the boot from me.”

As it turned out, Montero helps give the Red Bulls the boot — from the CCL quarterfinals. 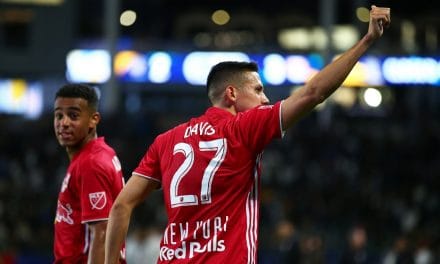 ‘IT’S A SHAME WHAT HAPPENED’: Berhalter on the loss of USMNT, Red Bulls center back Long 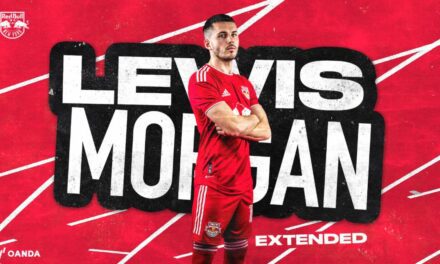 SOME SECURITY: Red Bulls sign Morgan to a new contract through 2025