OFFSIDE REMARKS: Inside the Red Bulls sale 11 years ago today: a reporter sits on a story for 12 hours

It was way late in the day in Germany to make the necessary phone calls back to the states that I needed to secure this story, realizing that someone back home could be scooping me.

This was my lead:

The MetroStars might have some new owners very soon and that’s no bull.

Actually, there could be a lot of bull involved, Red Bull, the producers of the carbonated energy drink, are seriously pursuing buying the MLS club from Anschutz Entertainment Group and are considering changing the name of the team, according to league sources.

Both parties would like to get a deal completed prior to the Metros’ April 2 season opener at D.C. United, sources said Thursday, although other sources indicated that an agreement was close to being completed. These talks have been confidential and under the radar for quite some times, league sources said.

Now, that was 11 years ago. The internet was quite a different world back then.

Who knows what would have happened today? But I certainly won’t argue what transpired back on March 2-3, 2006, even if I had to sit on a story for what seemed like forever.

OFFSIDE REMARKS: Plenty of blame to go around on the Red Bulls 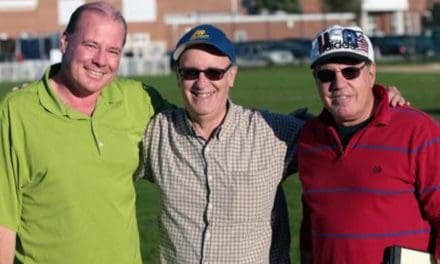 OFFSIDE REMARKS: Celebrating a special anniversary at a derby at Yankee Stadium