RUGBY, ANYONE? USA vs. Ireland at Red Bull Arena June 10

The Ireland Rugby team is returning to states to face the USA Rugby Men’s Eagles at Red Bull Arena in Harrison, New Jersey for the first match of the “Emirates Airlines Summer Series” Saturday, June 10.

These two nations have not faced off since June 2013, when Ireland defeated the Eagles 15-12 at BBVA Compass Stadium in Houston, Texas.

Both nations were part of history during last November’s “The Rugby Weekend,” when more than 80,000 fans travelled the globe to watch two international matches in Chicago. As part of “The Rugby Weekend,” the Men’s Eagles hosted the New Zealand Maori All Blacks in front of a capacity crowd of 18,007 in Toyota Park. Ireland defeated the New Zealand All Blacks for the first time in 111 years of fixtures between the two nations, in front of a record-setting, Irish-friendly crowd of 62,300.

“We are very honored to be hosting Ireland in the Emirates Airlines Summer Series,” USA Rugby CEO Dan Payne said. “The value they provided to rugby history throughout the world and toward the growth and awareness of the game in our country this past November in Chicago was phenomenal. This match will not only give our men a world class opponent as we prepare for the road ahead, but they’re also clearly a fan favorite in the United States. With 35 million Americans claiming Irish American heritage in our country, this match will be a strong fit on all levels.”

The USA Rugby Men’s Eagles are competing in the Americas Rugby Championship, a North and South American championship consisting of the top-6 teams from both continents. In their first three matches of the tournament, the Men’s Eagles defeated Uruguay, Brazil and Canada, respectively.

Ireland began the RBS 6 Nations Championship on Feb. 4 at Murrayfield against Scotland, and recently defeated Italy, 63-10, at Stadio Olimpico. 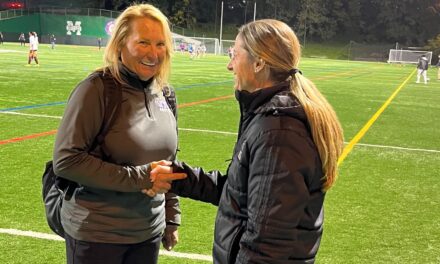 SAVORING THE MOMENT: Wyant endures a personal rollercoaster ride in a historic match and a scoreless draw that felt like a win

THEY’VE BEEN DISCIPLINED: Morales, Castellanos fined for their actions vs. NE 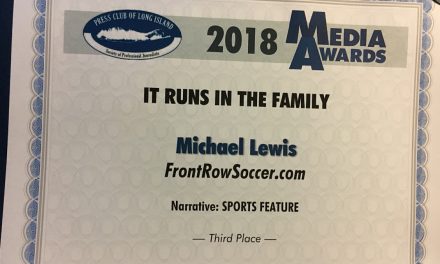