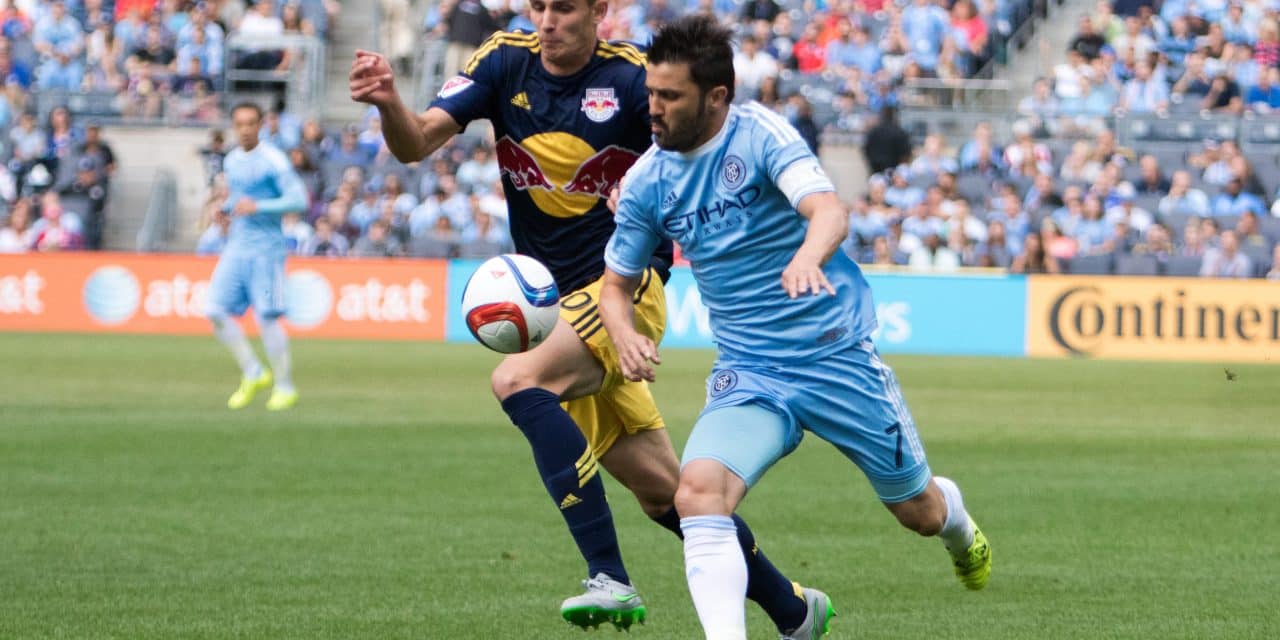 David Villa scored the equalizer for NYC FC before he was red-carded later in the first half. (Photo by Keith Furman)

Ten-man New York City FC endured a game it would rather forget and then some in the Desert Diamond Cup in Tucson, Ariz. Saturday night.

Not only did the Blues drop a 3-1 decision to the Houston Dynamo, they lost captain David Villa and head coach Patrick Vieira in the process as well.

Villa was red carded after scoring City’s lone goal and Vieira was sent off for what game officials ruled as a slap on Houston’s A.J. DeLaGarza’s face.

Vieira was given his marching orders in the 30th minute after protesting a foul on newcomer Maxi Moralez by Juan David Cabezas.

Eight minutes later Villa was sent-off for his slap. Originally, the World Cup champion was awarded a yellow card by referee Nima Saghafi but the punishment was increased following a Houston video challenge via the Video Assistant Referee system – an initiative being tested in the competition.

The Dynamo struck in the second minute. Midfielder Juan David Cabezas won a ball near midfield and found forward Erick Torres on the right side. Torres passed to forward Romell Quioto in the middle of penalty area and the striker took a first-touch shot, beating goalkeeper Sean Johnson at the right post.

In the 15th minute, City equalized. The Blues cleared a corner kick to start a counter attack. the score. Forward Jack Harrison received a pass from midfield and pressed to the final third before laying the ball off to Villa on the right side. Villa took a touch and put the ball inside the far post for a 1-1 deadlock.

NYC FC was never the same.

In the 50th minute, midfielder Alex controlled a high ball and swiftly turned past a defender to create space inside the penalty area. He slipped a low-left footed shot past Johnson for a 2-1 Dynamo lead.

Dynamo defender DaMarcus Beasley made his preseason debut in the 63rd minute as a substitute. Three minutes later the left back took a pass from forward Mauro Manotas inside the box, but Beasley’s shot was deflected by a defender, resulting in a corner kick.

Houston made eight substitutions in the 71st minute including forward TJ Casner, who tested keeper Andre Rawls with a volley in the 81st minute.

The final goal came in the 89th minute after defender Kevin Garcia won a tackle in midfield and midfielder Memo Rodriguez recoverd the ball. Rodriguez found Casner along the right flank. His cross was intercepted by an defender, but the ball fell to Rodriguez inside the six-yard box for his first goal of the preseason. 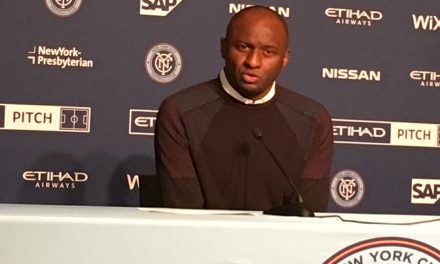 GOING TO THE GUNNERS?: Vieira linked to Arsenal as Wenger announces retirement 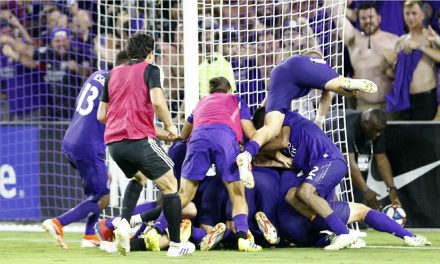 SHOT DOWN: NYCFC eliminated by Orlando from Open Cup