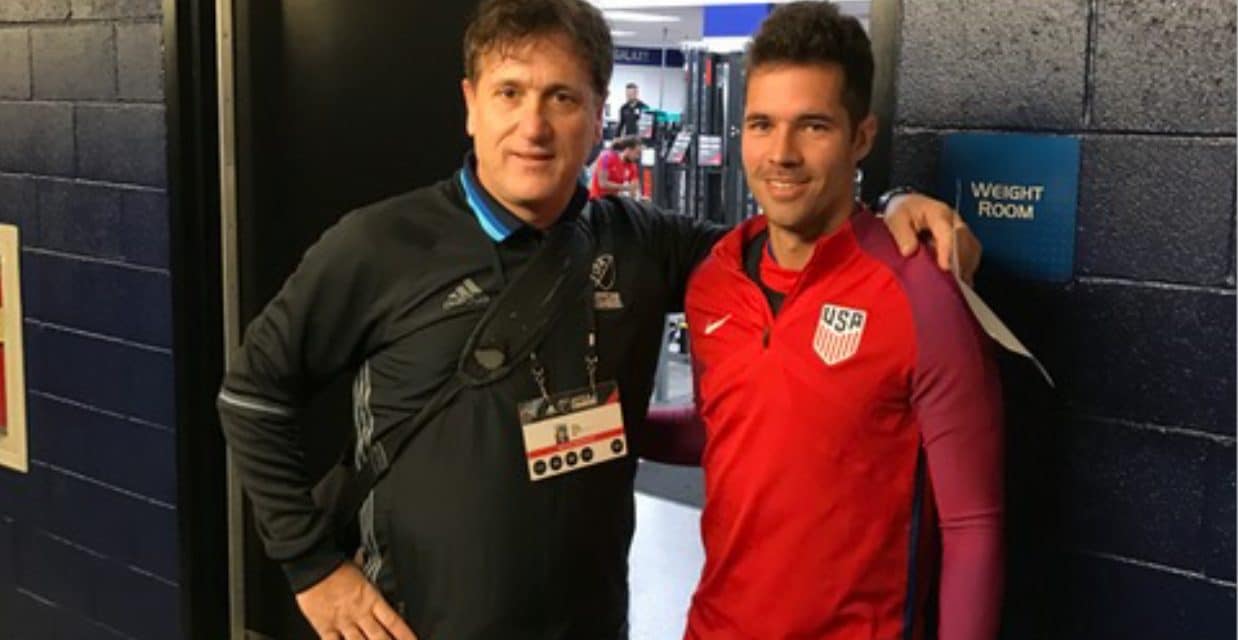 Mickey Kydes (left), who will be honored at the New York City Soccer Gala on March 1, and Benny Feilhaber. (Photo courtesy of Arnie Ramirez)

The five sponsoring New York City Division I soccer schools — St. John’s, Fordham, LIU Brooklyn, Columbia and St. Francis Brooklyn — will each recognize an individual from their program for his outstanding contributions to soccer at the institution.

St. John’s University will honor Kevin Daly, a standout from the mid-1990s who was an integral part of the school’s first NCAA Division I championship team in 1996. A two-time first team All-Big East selection, Daly also won the conference’s defensive player of the year award in 1997 before claiming National Soccer Coaches Association of America first team All-America honors.

In addition to the university honorees, local soccer legend Martin Jacobson, a mainstay in the New York City high school season who has won 16 Public School Athletic League championships the last 20 years at Martin Luther King Jr. High School, will be recognized for his outstanding contributions to youth soccer in the area. MLK has a nearly perfect player graduation rate and has helped place hundreds of young men into collegiate programs around the country.

The evening will begin with a 6 p.m. cocktail hour and will be followed by a 7 p.m. dinner and program. Tickets are priced at $250 per person, while a 10-person table can be reserved for the discounted rate of $2,300.

For more information or to register for the Gala, contact Mary Pat Beirne at 718-990-1873 or beirnem@stjohns.edu.

KEEPING IT CLEAN ON THE ROAD: Monmouth women rise in MAAC opener as Niagara falls