MOVING ON UP: Cosmos B player McTurk signs with full team 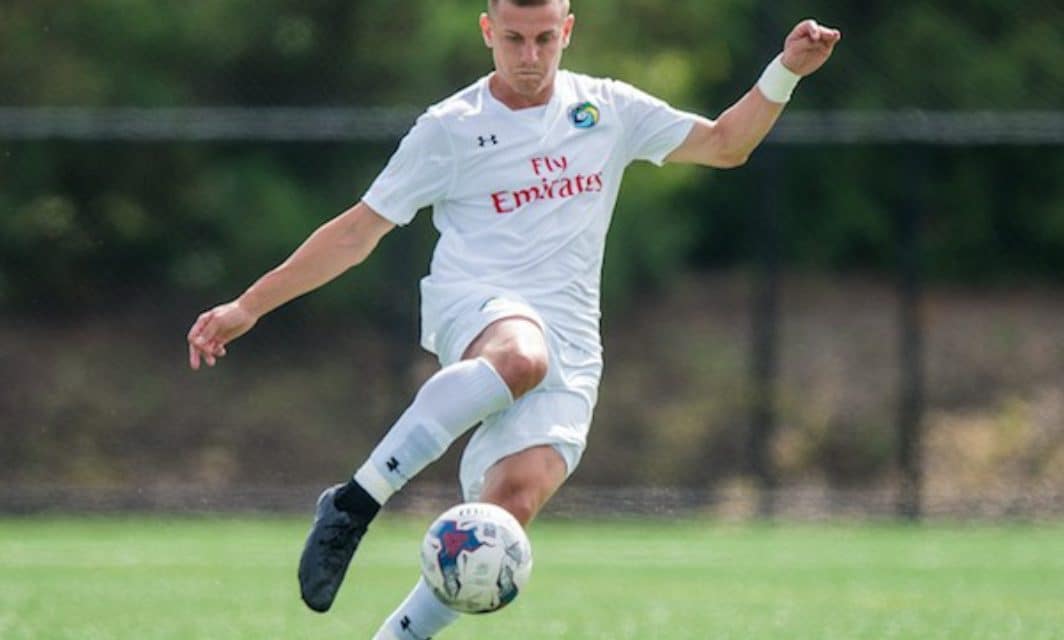 The Cosmos announced Tuesday the signing of Cosmos B defender Kyle McTurk to a North American Soccer League contract.

A Long Island native, the 26-year-old McTurk was born in Mineola, N.Y. and grew up in Hauppauge, N.Y.. He is a 2011 graduate of Stony Brook University and a 2008 graduate of Smithtown West High School.

“Kyle has proven himself in training sessions with the first team,” Cosmos head coach Giovanni Savarese said. “We are committed to providing a pathway for players that are developing in our club and we’re pleased to add him to the squad as we push for another successful season.”

At Stony Brook University McTurk made 71 appearances and 63 starts over four years.

He joined Cosmos B for the reserve side’s National Premier Soccer League season, starting 11 matches at right back.

McTurk debuted for the first team in its Las Vegas friendly against SD Eibar May 25, replacing Yasmani Duk in the 82nd minute.

“I’m very excited about this opportunity,” McTurk said. “I’m focused on working hard and contributing to the team any way I can.”