Sixth-seeded Copa (7-1-6) advanced to face Keystone Conference rival Clarkstown SC Eagles, the region’s top seed, in the Northeast Region championship game at Ramapo College in Mahwah, N.J., at 4 p.m. Saturday. The winner will play in the national semifinals on July 30.

“Our unlikely journey continues with this historic win tonight,” Copa head coach and team owner Roberto Aguas said. “I’m not sure if this has ever happened before but to knock off the defending national champions — the New York Cosmos B — in our inaugural season, is indicative of the work and dedication these players, coaches and staff have put in.”

A season that began with 85 franchises on the pitch will see Copa FC side among its final eight teams standing after a 65th-minute goal.

Midfielder Emerson Lawrence fed Correia who beat a pair of defenders down the right sideline, slipped to the inside and finished a right-footed shot to the far post for the only goal of the night in the 65th minute.

Perrella’s strong goalkeeping made the lead hold up in front of a defensive unit that included Correia and Andrew Santos.

Each team had its chances in a scoreless first half. In the final minute, Cosmos keeper Hector Guerrero maintained the deadlock with two saves — tipping a rocket from midfielder and captain Daniel Mendoza over the crossbar before smothering a blast on the ensuing corner by forward Andres Berriel.

The hosts’ best first half opportunity came in the 40th minute when an offside call negated a Gaston Sanchez strike.

Looking for an equalizer, Franklin Castellanos’ hard, bouncing attempt was snuffed by Perrella. Castellanos again was denied by Perrella in the 89th minute and the defending champions could not threaten again in the four minutes of stoppage time.

“Our confidence is high and we will enter the final with the same humbleness and hunger we have had all season,” Aguas said. “What really makes this run even more special is that this team is not only composed of a great group of future professionals but many are alumni from our FC Copa Academy. What an amazing group of role models they are to all of our youth players.” 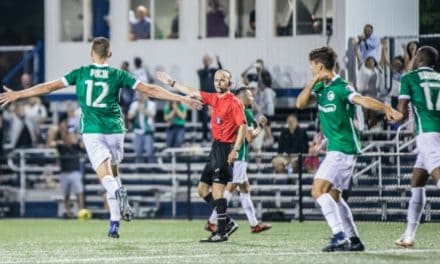 ROUND 3: Cosmos B, Italians will battle again in North Atlantic final 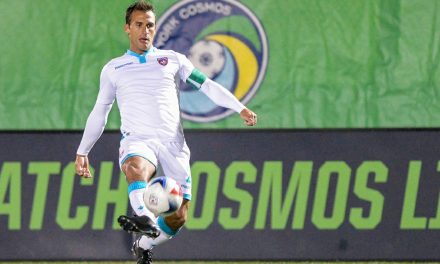 READY FOR REVENGE: Cosmos B kick off big week at home vs. Italians 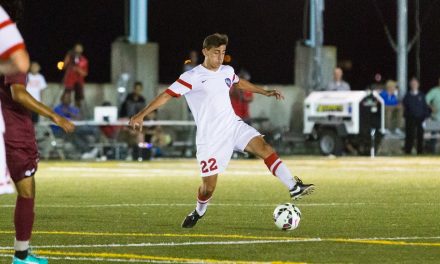 A HIGH FIVE: Cosmos B roll to 5-0 win at Lowell